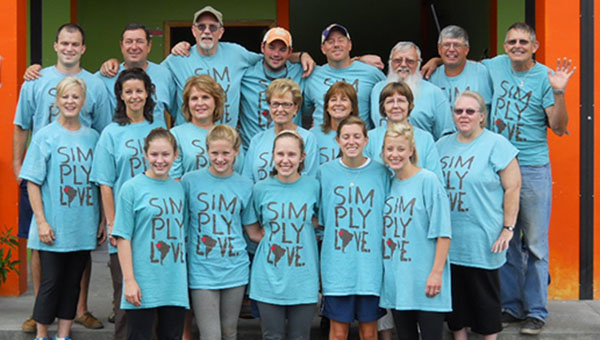 First Baptist Church of Brookhaven recently ventured on a mission trip where the roads end and the rain forest begins. The church has been on multiple trips to Ecuador over the past few years and has taken many people there to have the experience serving the Casa de Fe orphanage.

This summer the church members and volunteers were stationed in Shell Mera, Ecuador, from June 27 until July 12. The church usually stays for two weeks at a time but schedules for some of the volunteers to return early for a week stay instead of the full itinerary. First Baptist tries to accommodate the busy summers of their missionaries in order to include as many people who are interested in going as they can. This is the seventh consecutive trip First Baptist has taken to visit Ecuador. The first group began construction on the first building by pouring concrete into holes for the foundation of their first building.

Joe Davis, member of First Baptist, said the experience of the first trip was somewhat bittersweet, but it has been rewarding to return to the orphanage every year.

“I went with a man’s mentality of having to complete something, but on the plane ride home the Lord really spoke to me and said that I didn’t come here to see completion, but to tell of the progress and to see it grow,” said Davis. 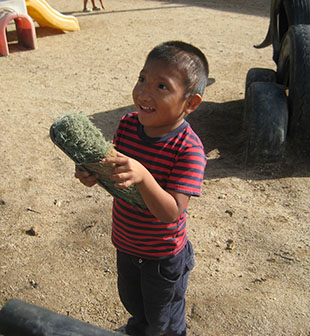 Davis shared he had seen the progress and hard work volunteers put out pay off as well as seen the children grow up.

He particularly remembers Jhony. Davis told how the little boy had been brought to the orphanage with water on his brain, and he explained Jhony would have passed away without the medical resources of Casa de Fe.

This summer Jhony was old enough to remember Davis from the previous year. On the last day of school, Jhony brought Davis into the classroom to show him all of the crayon drawings of Bible stories he had completed throughout the school year. He also showed Davis the letters that his sponsors had written him. The sentiment of the moment brought Davis to tears as he spoke of the child’s love for him. He described Jhony’s and his relationship as “amigos.”

“Jhony is just another one Casa’s success stories,” explained Connie Hodges, the organizer and planner of the mission trips every summer.

Davis added in addition to helping the orphanage operate and complete their construction goals; the church is also focused on exposing as people to the situation to raise awareness.

The owner and operator of the orphanage, Patty Sue Arnold, was originally from the Midwest, but she was stationed in Monticello and became involved with First Baptist in Brookhaven before she traveled to Ecuador to begin building Casa de Fe.

Casa de Fe currently caters to the needs of over 80 orphaned and abandoned children and requires over $41,000 to operate each month.

Hodges said, “We encourage all who go to Ecuador to speak about their experiences there.”

Hodges added there is a financial need of support for the orphanage to provide for the children being housed and for all of their needs to be taken care of.

Unfortunately, Ecuador does not have federal programs or aid to help destitute and neglected children. However, Arnold, along with her staff and with the aid of churches, sponsors and volunteers from all over the United States, remain undeterred in their mission of providing care to their orphans. The orphanage operates solely on donations and sponsorships to children through their website lacasadefe.org.

The website includes Casa de Fe information as well as detailed biographies of each child they care for.

The children of Casa de Fe are unique in their experiences and come from different types of homes that were in some way unfit. Typical cases include children who were abused or neglected and children who have health issues that require surgery or medication.

Because of an Ecuadorian family’s financial state or proximity to the rainforest jungle, when a child is born with a birth defect, physical or mental, some families are incapable of caring for or supporting that child. The unfortunate fate before the orphanage was built, typically involved a parent drowning the child.

Davis shared his experience of going back to Ecuador year after year and seeing the addition of buildings and children but also seeing children grow up and seeing their home-life improve enough for them to return to or adopted out to loving parents. He stressed the importance of promoting the mission of Casa de Fe and their children’s sponsorship programs because, unlike American orphanages, who operate through federally funded initiatives, the Ecuadorian government does not contribute financially to support the children or employees in Ecuador.

Although the needs are great at Casa de Fe, First Baptist, as well as other churches and supporters, are undeterred in their vision of seeing the children there cared for.

Davis said the orphanage has become a “home away from home” for him and many others through their dedicated mission work.

“I don’t get off the plane back in America before I am already excited to come beck next summer,” said Davis.

Hodges mentioned she would begin planning the next summer mission trip to Casa de Fe in January.