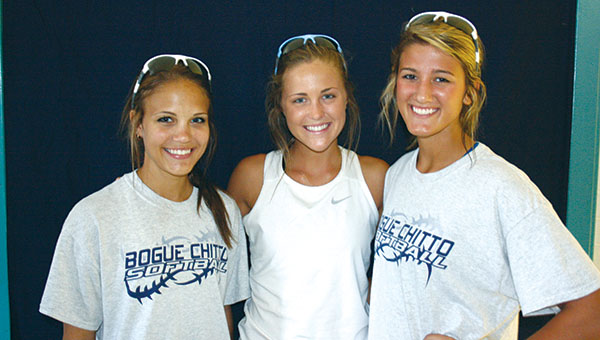 The Bogue Chitto Lady Bobcats will rely on their experienced veteran leadership and team speed as they look to claim A State 1A crown in slowpitch softball. The Lady Cats are ready to start their season Aug. 16 at Franklin Tournament in Meadville.

The Lady Cats will have three seniors contributing leadership in this year’s squad with Daley Roberts, Mallory Allen and Colby Kirkland.

“We are looking forward to a great season,” said Bogue Chitto head coach Scott Leggett. “We have a great group of girls on the team who have great potential and speed. They have worked hard all summer and loves to play the game.”

Leggett, 39, will be starting his eleventh season at the Bogue Chitto helm. The Lady Bobcats hope to make a return trip to Jackson after winning the state championship in fastpitch softball last spring. BC will look to improve on an 17-14 record last year and finished with a 3-1 record in district play.

The Lady Bobcats’ first home game will be against the Lawrence County Lady Cougars on Aug. 19. The junior varsity game will precede the varsity game.

Wolfpack Ranked No. 3 in NJCAA Poll

WESSON – Coming off of a 7-2 season in 2013 and returning key players in several positions, the Copiah-Lincoln Wolfpack... read more