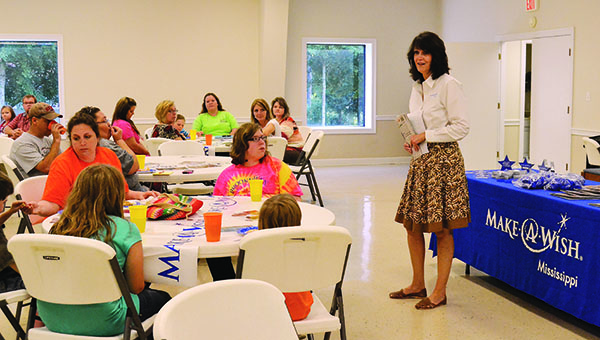 Make-A-Wish isn’t just for the children whose wishes are granted; it’s also for the children’s families. That’s the message from local recipients’ parents who spoke to a group of volunteers gathered Tuesday evening for the local Make-A-Wish drive kickoff meeting at Southway Baptist Church.

“It gave the whole family a chance to take a break,” said Jonathan Sasser of Bogue Chitto, whose daughter Anna Jo, 6, received her dream trip to Disneyworld last winter. 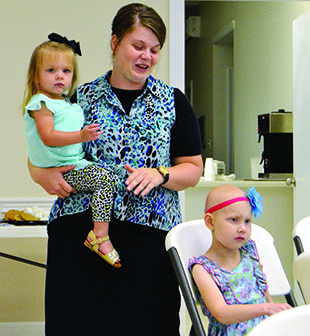 As daughter Kalie Wilkerson, (above right) 7, listens, her mother Jessica Wilkerson, holding 2-year-old Jolie, talks about how much Kaley’s Make-A-Wish Disney trip meant for their family.

“When a doctor is telling you’re they’re only treating to slow down (the illness), you don’t want to turn down Disney,” agreed Jessica Wilkerson of Brookhaven. She said their family had just learned that daughter Kaley’s cancer was no longer in remission when her Disney wish was granted.

“The trip really made so much life at such a dark time. It came at just the right time,” the 7-year-old’s mom said. “It was so good to get away and have some fun …. We are forever grateful to Make-A-Wish.”

Make-A-Wish’s mission is to grant the wish of a child with a life-threatening medical condition. Nationwide, Make-A-Wish grants a child’s wish every 38 minutes, according to the organization’s website.

Each request is screened before it is granted. “We’ve never turned down a child that qualified,” Jane Walsh, Make-A-Wish Mississippi development manager, said Tuesday night.

Walsh thanked the volunteers and sponsors, “who have been so faithful,” but she said the Lincoln County group will still need to widen its appeal for funds this year in order to meet the needs of local families.

Walsh handed out packets to local team captains and thanked co-chairs Judy Arnold and her daughter Casey Martin for serving as drive leaders again this year.

Walsh noted that a big anniversary will be coming up in the coming year for Make-A-Wish Mississippi, which was founded in 1985. “So we’ll be entering our 30th year,” she said, noting some kind of big party will be planned. 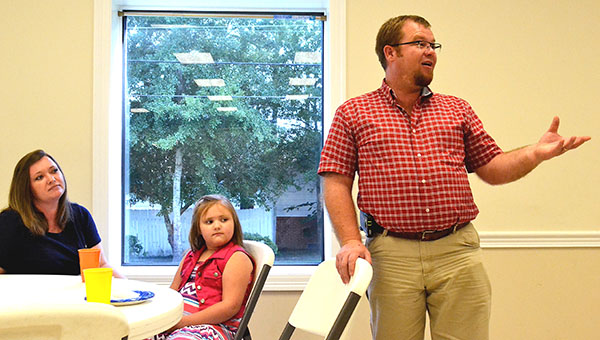 As the 2014 drive gets started,” Walsh encouraged local residents to join the effort. “We need more teams and sponsors,” she said.

All proceeds from the drive will be contributed to Make-A-Wish, and if there is a child in the area that qualifies, the money will go directly to his or her wish, said Arnold, whose goal is to raise $10,000 this year.