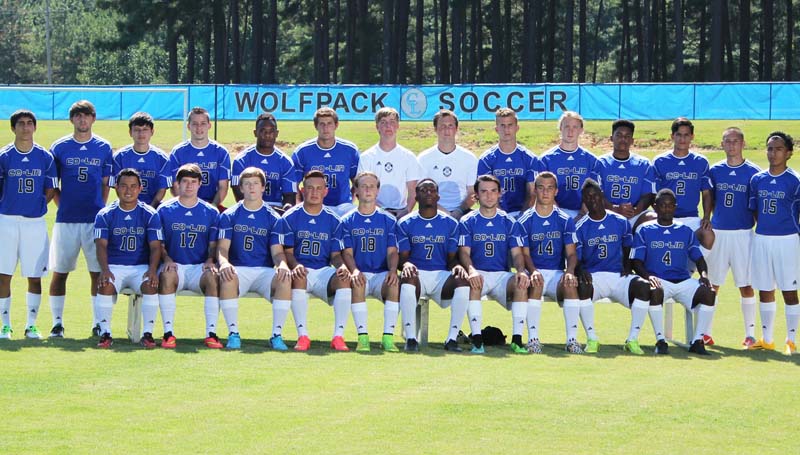 WESSON – Just the right mix of fresh blood and returning experience, that’s what Copiah-Lincoln men’s soccer coach David Strother sees when he looks at the roster for his 2014 Wolves. The 2013 season started out with promise, a close home win over East Central in the first match of the year, but the theme of the season soon settled into late game or extra time losses.

You don’t have to be Clint Dempsey to know that stopping your opposition from scoring is paramount in soccer. Strother feels he has found the man for that job in freshman goalkeeper Bailey Hart. Hart was in goal for the 2014 5A State Champion Pearl Pirates. He replaces MACJC-All Star keeper Wesley Varner. “We worked hard to get Bailey here and can’t wait to see him work,” said Strother.

The third year coach is most delighted with the progression of his 10 sophomores during the spring. “Each one of them has shown a different avenue of leadership during preseason,” said Strother. “Whether it be playing hard, encouraging fellow teammates, or just simply stepping in to do extra work for someone who might be injured, each guy has been a leader.”

One sophomore who should contribute more in 2014 is Blayne Jones. Last season Jones was the kicker for the Wolfpack football team while also playing soccer. This season the Madison St. Joe product will focus solely on soccer and his position as a forward. Midfielder Foday Carr is another sophomore that should be primed for a big season in 2014. Flashy with the ball as a freshman in 2013, Strother would like to see more balanced work on both ends of the field from the native of Mobile, Alabama.

One freshman local soccer fans will recognize is midfielder Hoby Mullins. At Franklin County, Mullins set the MHSAA 3A goal scoring record. “Hoby is smart, athletic, and doesn’t’ mind doing his work on both sides of the ball.” Franklin County fans will surely follow the Wolves closely as the team boasts five Bulldog soccer alums.

The Mississippi Association of Community and Junior Colleges (MACJC) Soccer State Championship has been won by a South Division team for seven years in a row. Strother knows there are no cupcakes on his schedule, but sees great potential in the group he has assembled.

“If we continue to work for one another and stay healthy, we have an opportunity to have a great season,” said Strother.

The Wolves being their season tonight when they host the Northwest Rangers. The match begins at 6:30 p.m. at the Co-Lin Soccer Field in Wesson. Admission is free.