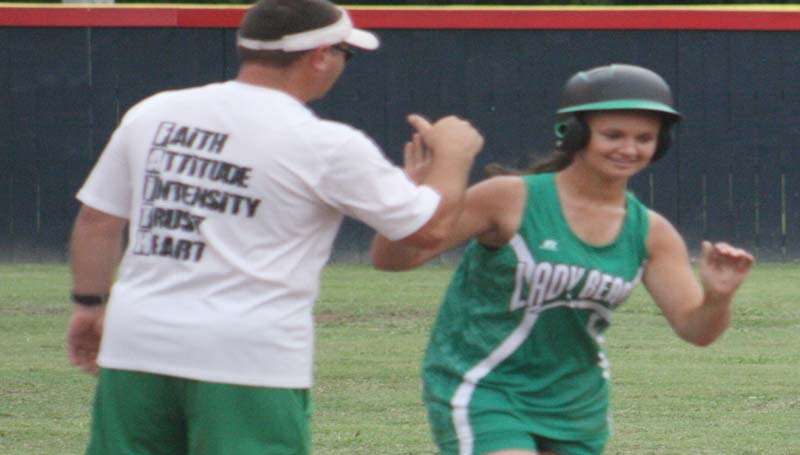 After a week long absence due to rain and cancellations, the Brookhaven Lady Panther and the West Lincoln Lady Bears returned to the softball diamond Monday night to play ball.

West Lincoln and Brookhaven provided an exciting offensive hitting clinic for their softball fans as the Lady West Lincoln managed to win the offensive slugfest 18-13 over Ole Brook in slowpitch softball action at the Lady Panthers Softball Complex.

“We were very fortunate to hit the ball the way we did,” said West Lincoln coach Andrew Redd. “Our defense did not play too well, and we made too many careless errors. Brookhaven did a great job staying in the game. We had to keep battling until the very end.”

The Lady Bears (4-0) will resume action today as they prepare to travel to Bogue Chitto to take on the Lady Cats. Junior varsity action starts at 5 p.m., followed by the varsity game at 6 p.m.

The Lady Panthers (0-3) returns to action Thursday as they prepare to make a road trip to Bogue Chitto to battle the Lady Cats for a varsity game only, starting at 5 p.m. Due to a varsity football game schedule between Bogue Chitto and Enterprise.

The Lady Panthers and the Lady Bears enter the contest with a lot of excitement as they were thrilled to get back to action after a long layoff.

In the third inning, the Lady Bears managed to maintain their two-run advantage after both teams scored two-runs apiece.

In the fifth inning, West Lincoln managed to increase their lead over Brookhaven as Micah Redd smashed a grand-slam home run to give the Lady Bears an 11-5 lead, but the Lady Panthers refuse to give up as they charge back with a four-run blast to keep the game close at 11-9.

In the top of the sixth inning, the Lady Bears added an insurance run to give West Lincoln a 12-9 advantage. In the bottom of the sixth inning, Brookhaven erupted with another four-run explosion that was sparked by Jada Henderson’s grand-slam home run, which gave the Lady Panthers their first lead of the contest at 13-12.

In the top of the seventh inning, West Lincoln, refusing to give up, continued their hot hitting streak as they exploded with a six-run blast to reclaim the lead at 18-13 that was capped off with a three-run home run by Makennah Redd.

In the bottom of the seventh inning, the Lady Panthers once again answered West Lincoln’s challenge as they fought hard to rally back but fell short at the end as the Lady Bears defense denied their comeback attempt.

Addie Spring was the winning pitcher for West Lincoln with three strikeouts and five walks.

Rileigh Allen suffered the setback for Ole Brook with no strikeouts and one walk.

Jada Henderson was the top offensive slugger for Brookhaven with a grand-slam home run and two singles. Allen provided a double and a single. Katherine Shell had three singles. Chantel Quarles hit a double. Hitting safely were Haley Speaks and Julianna Porter.

“I was very proud of the girls effort,” said Brookhaven first-year coach Mandy Vinson. “The girls fought hard and did not give up throughout the game.”

Jayden Fuller absorbed the set back for Ole Brook with no strikeouts and four walks.

Joshunna Finley, Kynitria Hill and Shoniete Smith were the top offensive hitters for Brookhaven with a single each. 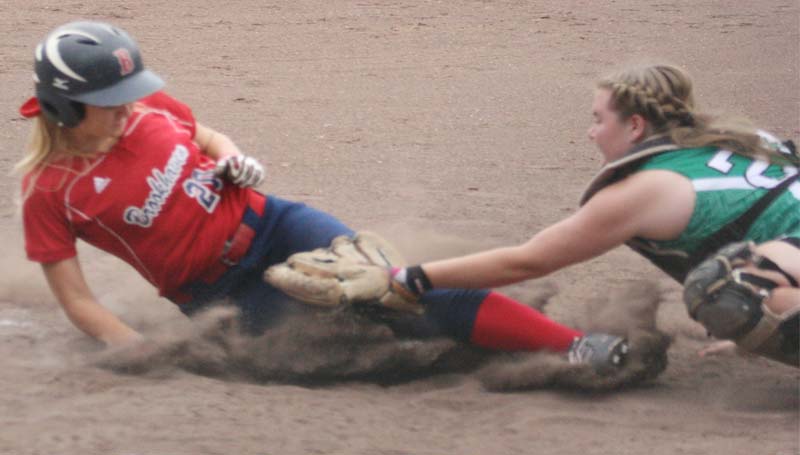 DAILY LEADER / CHRIS KING / Winners of the girls and boys division pose for a group picture after the... read more