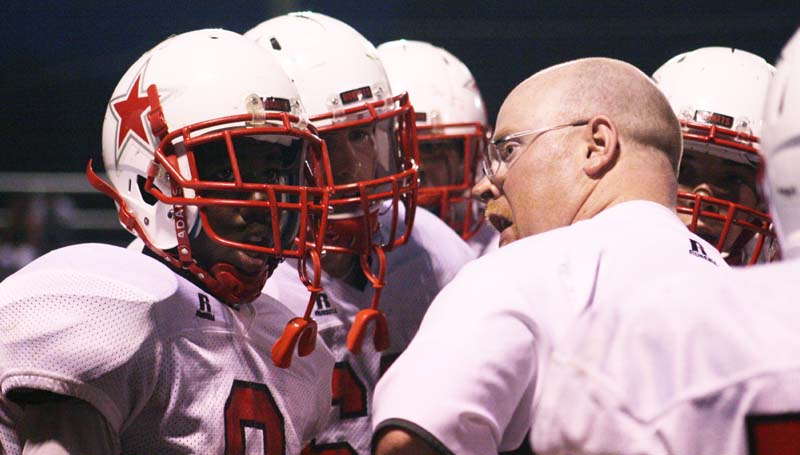 PRENTISS – The Loyd Star Hornets traveled to Jefferson County with high hopes of capturing a victory Friday night, but saw those hopes come crashing down as the Prentiss Bulldogs’ defense overpowered the Hornets to claim a 42-14 victory at A.E. Gray Field.

“My guys did a great job fighting hard offensively and defensively to stay in the game,” said Loyd Star first-year coach Adam Cook. “Prentiss has a very good team.

“We played really well, defensively” continued Cook. “Overall, I was very pleased with the guys’ effort, and I would like to thank our fans for their support. Now, we must regroup by putting this behind us and start preparing for Springfield.”

In the first quarter, Loyd Star and Prentiss fans witnessed a classic defensive battle between two undefeated teams as the contest went scoreless until the last minute of play. Prentiss cashed in the first points of the contest when senior quarterback Donte Ford connected with sophomore receiver Tim McNair Jr. for a 31-yard touchdown strike, but the extra point kick was unsuccessful with 40 seconds remaining. 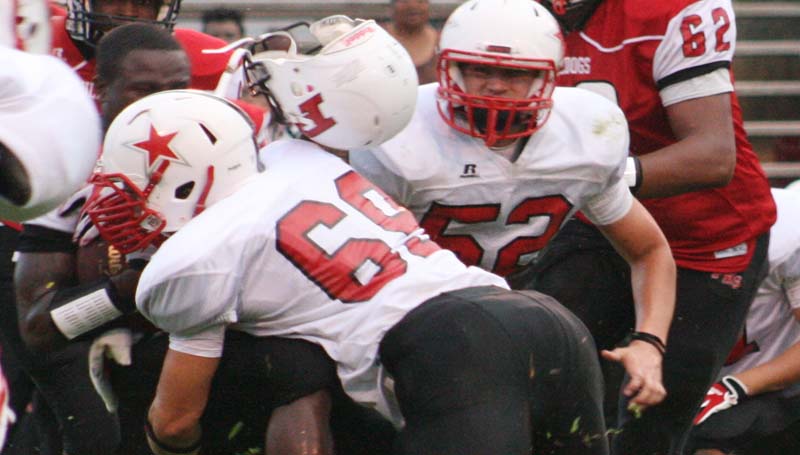 In the second quarter, Prentiss managed to increase their lead 14-0 on a 25-yard pass from Ford to Anthony Walker with 8:30 left. Walker also punched in the two-point conversion.

The Hornets managed to get their offense going in the second quarter and answered the Bulldogs’ challenge with a quick touchdown strike as sophomore quarterback Parker Flowers connected with Patrick Price for a 67-yard touchdown with 7:40 left. Peyton Flowers finished the night two-of-two on the extra point attempts.

On the next possession, Prentiss quickly answered back as they marched down the field and scored on an eight-yard run by Deanyte Crockett with 7:18 remaining

The Bulldogs, refusing to let the Hornets rallied back, turned up the heat on defense to shut down Loyd Star’s offense attempts throughout the rest of the first half.

Prentiss managed to add to their lead again to take a commanding 28-7 lead into halftime when Daronte Hartzog caught a 14-yard pass from Ford with 4:36 left. The Bulldogs went for the two-point conversion but were stopped by the Hornets’ defense.

In the second half, the Hornets opened the third quarter with a quick touchdown score as Brett Calcote took the second half kickoff back 75 yards to paydirt with 11:46 remaining as Prentiss led 28-14.

Throughout the rest of the contest, the Hornets struggled to get things going on offense as the Bulldogs relied on the defensive pressure to overpower Loyd Star.

Prentiss added to their lead in the third quarter when Crockett plowed through Loyd Star’s defensive line to score on a three-yard run with 7:07 left. Ford punched in the two-point conversion to give Prentiss a 36-14 lead.

The Bulldogs cashed in their final points of the game in the fourth quarter when Ford scrambled in a four-yard run with 10:10 remaining.

Offensively, Ford paced the Bulldogs, completing 10-of-14 passes for 141 yards and rushed for 62 yards on 10 carries.

Parker Flowers was the offensive leader for the Hornets, completing five-of-10 passes for 114 yards. Patrick Price led all receivers with one catch for 67 yards and a touchdown.

Defensively, Peyton Flowers had a dominating performance for Loyd Star with 28 tackles and a blocked punt. Calcote provided 14 stops and ran back a kickoff return 75 yards for a touchdown.

The Hornets (1-1) will return to action next Friday as they prepare to take a long bus trip to Springfield, Louisiana, to take on the Springfield Bulldogs. Kickoff is at 7 p.m.