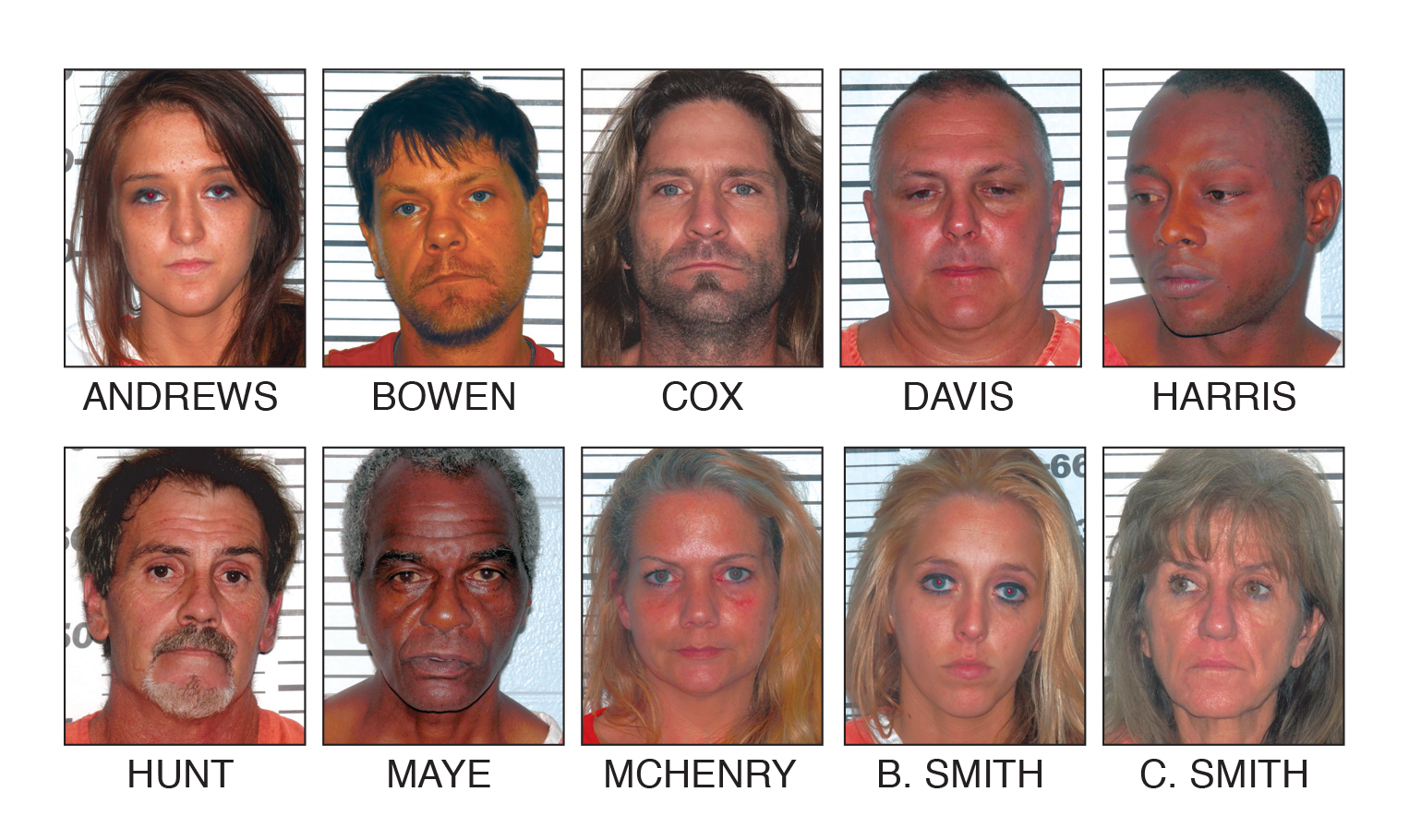 Several area people have been served with indictments on drug charges over the past several days.

Lawrence County Sheriff Joel Thames said the three agencies have worked together undercover over the past year to make a dent in the possession and sale of controlled substances in the county.

Brookhaven Police Department Chief Bobby Bell said drug-related arrests in the city appeared to be due to routine traffic stops.

The following were arrested in Lawrence County:

The following drug-related arrests were made in Lincoln County by the sheriff’s department over the weekend:

• Lavoris D. Smith, 7-30-1982, of 1331 Brignal Road – indicted with unlawful sale of less than 2 grams and charged with probation violation due to unpaid fines and reporting fees. In jail.

• John Cole, 9-8-1972, of 210 Lottie Street – charged with cocaine sale or possession with intent, possession of controlled substance and possession of cocaine within 1500 feet of a school or church. Released on bond.

The following drug-related arrests were made the Brookhaven Police Department over the weekend:

• Dianne Byrd, 1-22-1963, of 1879 Nola Road – charged with possession of drug paraphernalia and two counts of sale of controlled substance. In jail.

• Zacchaeus Montgomery, 11-23-1993, of 411 E. Enterprise Street – charged with driving while license suspended, careless driving, possession of marijuana with intent to distribute, hold for Mississippi Department of Corrections and failure to yield/stop for blue lights. In jail.