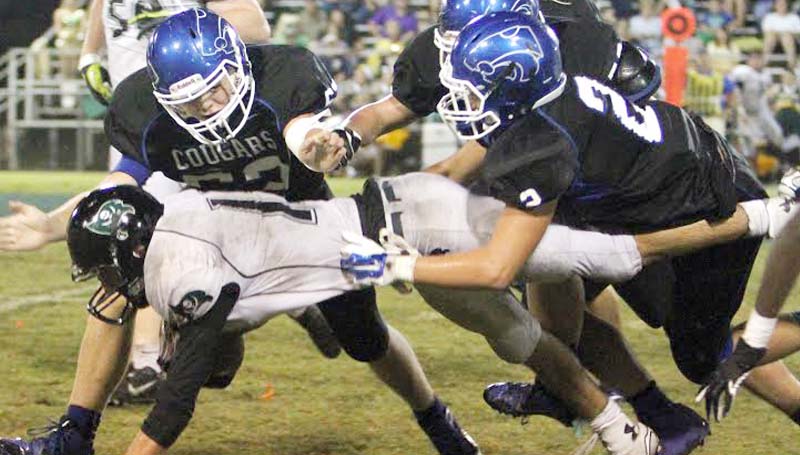 Junior halfback Carter Culbertson picked up a first-quarter touchdown when he took the handoff from Hickman and plunged in from one yard out. King was knocked out at the goal line on the previous play on a 20-yard completion.

The Cougars racked up 352 total yards, 259 through the air. They again showed the ability to shut down an offense by getting pressure with the front seven. Seniors Garrett Pace, Michael Fiorella, Joey Rushing and junior J.T. Cline had 27.5 combined tackles including seven tackles for loss. All four had several QB hurries during the game. Pace picked off a deflected Bucs pass near midfield, which the offense quickly turned into a score.

The Cougars hit the road three consecutive weeks beginning with a district game next week at Amite County School in Liberty. Senior Hillary Wilson was named Homecoming Queen in pregame festivities. The school also announced at halftime that it has received $791,166 in gifts and pledges over the last year during the Building on Tradition capital campaign.