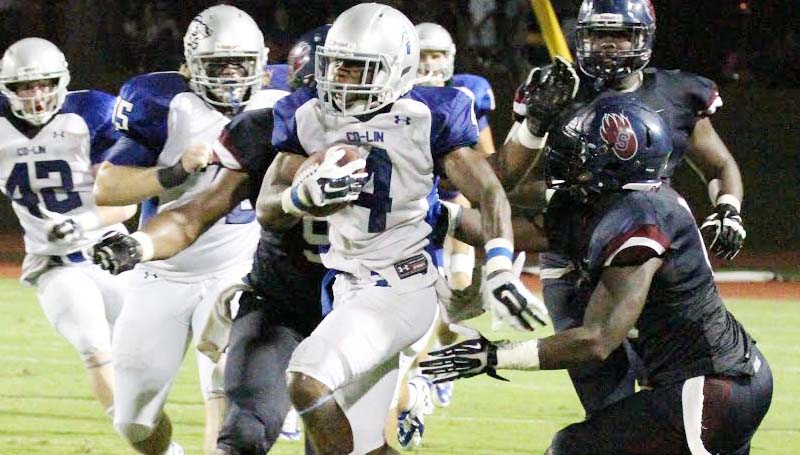 SUMMIT – The Southwest Bears pounced quickly, staking a 20-0 first quarter lead, in their 45-35 upset of No. 9 Copiah-Lincoln on Thursday night in Summit.

Rakeem Battle returned the game’s opening kickoff 96-yards for a touchdown and the Bears controlled the game from that point forward. Bear quarterback Tyler Shell completed a 27-yard touchdown pass to Ed Smith and Tyler Reed made two 23-yard field goals to cap off the first quarter scoring. Co-Lin would not gain a first down until the final play of the first quarter.

The Wolfpack got on the board in the second quarter when running back Diquan Davis took a screen from Daniel Fitzwater and raced 58-yards for the score. Southwest would respond on the following possession with a 6-play scoring drive that finished with Shell running in for a 6-yard touchdown. Co-Lin running back De’Lance Turner would score on an 8-yard TD run just before half to cut the Southwest lead to 27-14 at intermission.

The first play after the break was a spectacular one for the large contingent of Wolfpack fans that had traveled to Summit as Donald Gray hauled in a 73-yard scoring pass from Fitzwater and cut the Bear lead to six. 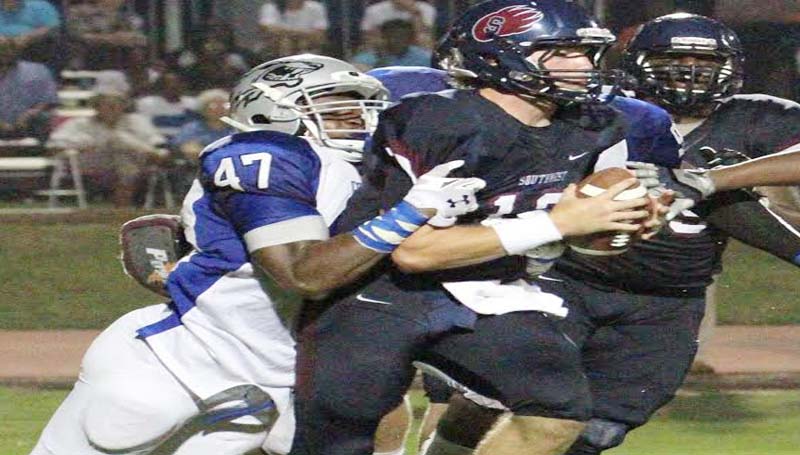 The next scoring play didn’t happen until the fourth quarter, but it turned out to be the pivotal one of the ballgame. Facing a fourth and goal from inside the Co-Lin 10-yard line and leading by six, it appeared that the Bears would take a chip-shot field goal. The play was a fake and holder Clifford Fernandez, a former high school quarterback at Dexter Attendance Center, rolled out and found a wide-open Carnell Owens in the back of the end zone. De’Angelo Ballard would rush in the point after attempt and Co-Lin found themselves back in a two score hole, trailing 35-21 with 12:59 remaining in the game.

The ground game is where the Bears did their damage, rushing for 266 yards. Sophomore running back Chris Jones carried the load for Southwest with 136 yards on 32 carries. Ballard, who started at quarterback in the Bear’s first three games, but came off the bench in this game, picked up 91 yards on 14 rushes and helped keep the clock running late to thwart the Co-Lin comeback attempt.

Fitzwater was harassed all night by an active and athletic Bear defensive line. The sophomore from Shreveport finished 20-of-43 for 370 yards, four touchdowns, and one interception. Fitzwater was sacked three times. Gray added a late 68-yard touchdown catch and finished with two catches for 141 yards and two TDs.

Arthur Maulet and Lashard Durr both grabbed an interception apiece for Co-Lin. Teron Fitzgerald and Darrell Vanerson each had a sack for the Wolfpack.

Co-Lin returns to action on Thursday, Sept. 25 when they host the East Central Warriors for a 7 p.m. kickoff in Wesson.