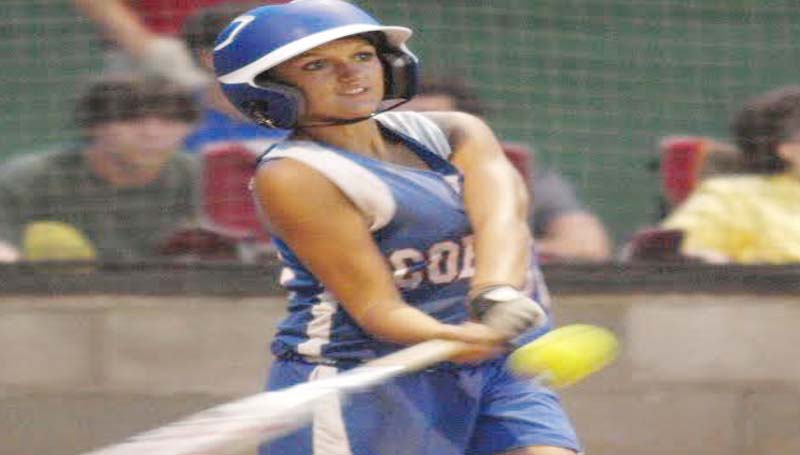 WESSON – The Lady Indians traveled down south on Highway 51 face the Lady Cobras Thursday night. Wesson controlled the field and had a big district win with a final score of 22-1 over Hazlehurst.

Wesson will travel to Meadville Tuesday night to face the Lady Bulldogs. The junior varsity game begins at 5 p.m. and varsity starts at 6 p.m.

Kayla Britt hit a double, triple, and homerun. Kaitlyn Smith hit consistently with 4 singles. Amber Brinson (RBI-2) was another home run hitter and also got a single. Other hitters were Abby Meredith with a double and single, Madison Jones (RBI-2) had two doubles. Aurianna Vaughn and Cheyenne Gladden provided two singles each.

The Cobras played good defense and only allowed the Lady Indians to score one run. Kayla Britt was on fire at shortstop with 4 outs and 1 assist.

Cassandra Henley of the Lady Indians made the hit that brought Nicole Smith across home plate for the only run on the scoreboard for Hazlehurst. Smith also hit a double. Other hitters for Hazlehurst were Rnisha Murray and Aerral Thetford with a single each. Murray was also top fielder at shortstop with two outs.

In JV action,  The Lady Cobras defeated the Lady Indians with a final score of 12-0.

Wesson’s Natalie Bonds hit a single and double. Katie McSweyn and Riley Smith both had doubles and Melody Ashley hit a single. A’rie Douglas and Shelbi Maxwell were top fielders for Wesson with two outs and one assist each.

Hitters for Hazlehurst were Asia Madison, Grace Daniels, and Tinisha Brown with a single each.