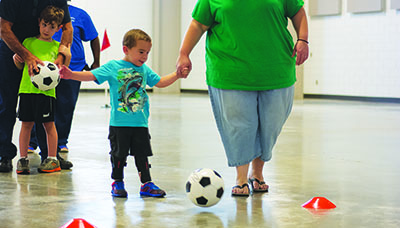 The starting lineup for the Special Needs Soccer league has been announced, and this group of children working hard to have a blast. This year’s all-stars are Silenta Collins, Denzel Felder, Tristan Gros, Eli Miller, J.T. Pendley, Zachary Taylor and Lilly Wells. 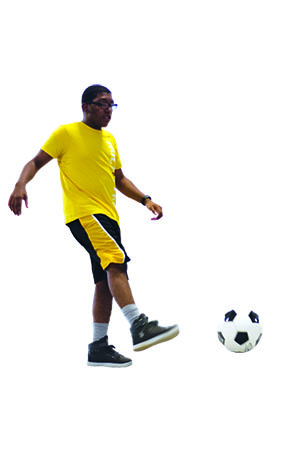 Kail Garrett, coordinator and coach of the league, said it was created to give those children who cannot participate in the youth soccer to still get out and have fun.

“I want children to get out and not just do something physical, but also social,” she said.

Some may take a little more attention than others, but Garrett said she loves when a child finally understands the game. She said there was one girl who would not kick; she would only throw.

“When she kicked it for the first time, the light bulb went off; this is how you play soccer,” she said.

Soccer allows both boys and girls to play together and is not as physical as other sports, such as football. She also said the Brookhaven Recreation Department offers a special needs league for t-ball. The age of the children are 4 to 12.

“I hate to tell any kid they can’t play,” she said, but cited safety as a concern as they get older and bigger.

The joy of the children as they get to practice soccer drills and kick the ball around is evident for anyone visiting the FEMA Building on a Monday evening. The laughter and shouts of joy echo through the concrete room.

At their first meeting, Kelly Taylor, Zachary’s mom, said she signed him up to give him the opportunity to do what any other 4 year old would do.

“He loves to be involved with sports,” she said. “He was very excited, just looking forward to playing. 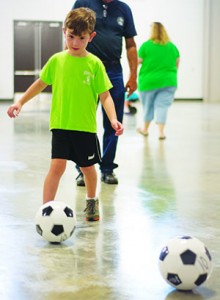 Eli Miller shows off his skills for his grandfather, Jimmy Miller.

On the other end of the spectrum, Silenta is an old hat, having been involved since the league began. His expertise helped out Garrett as she showed the novices.

“It’s the only sport he does,” Mary Smith said.

One child, Denzel, has played soccer before with the youth soccer league. However, Margaret Felder, his mother, said she felt like the other parents could be too competitive. She wants him to be involved with something that gives Denzel the patience he needs.

“It’s just something for us to have fun,” she said.

For Lilly, she got some bonding time with her brother, Brock Wells. Hand in hand, they practiced dribbling and shooting goals. Shanna Wells, Brock and Lilly’s mother, said from the moment she put on her cleats and shin guards, she got excited and knew something was about to happen.

“I wanted her to feel normal,” she said. “Just get to experience what other kids do.”

The league does not just benefit the children, but also the parents. They form a support group because they are all dealing with similar issues.

“Parents, we all need to help each other out,” she said.

Garrett said right now, the volunteers are parents, but anyone interested is welcome to join by going through the BRD.

“I think helping anybody in general, you receive more than you’d think you would,” she said. “It gets your mind off your worries.” 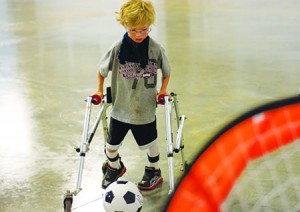 J.T. Pendley gears up to kick a goal.

The parents of Teri Dawn Smith and Thomas Jefferson “T.J.” Floyd announce the engagement and approaching marriage of their children.... read more