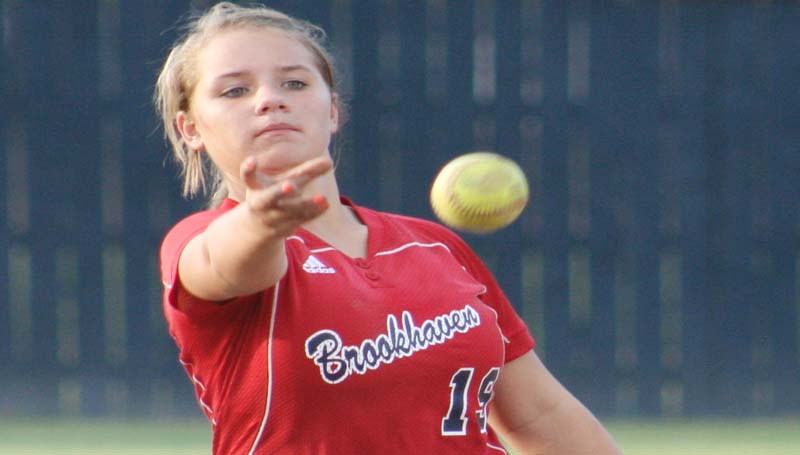 The Brookhaven Lady Panthers captured a pair of region victories Thursday night. They remain undefeated in district action after crushing the Wingfield Lady Falcons 16-0 in the first game and 18-1 in the finale during slowpitch softball action at the Lady Panthers softball complex.

“We did a great job hitting up the middle and to right field, when we had runners in scoring positions,” said BHS coach Mandy Vinson. “Overall, the girls played really well defensively.

The Lady Panthers quickly dominated the Lady Falcons in three innings of action.

Rileigh Allen pitched a perfect game in Game One collecting the victory for the Lady Panthers with 5 strikeouts and no walks.

Kelsey Figures took the loss for Wingfield with no strikeouts and three walks.

Ole Brook continued to showcase their dominance over Wingfield as they hammered the Lady Falcons with an 18-run blast in the first inning.

Allen tossed the win for Brookhaven with three strikeouts and no walks.

Figures took the loss for the Lady Falcons with one strikeout and two walks.

Haley Speaks directed the Lady Panthers offense with a triple and a single. Allen provided a double and a single. Quarles and Shell ripped a pair of singles. Hitting safely were Jada Henderson, Julianna Porter, Tia Bussey, Madison Thompson and Wallace.