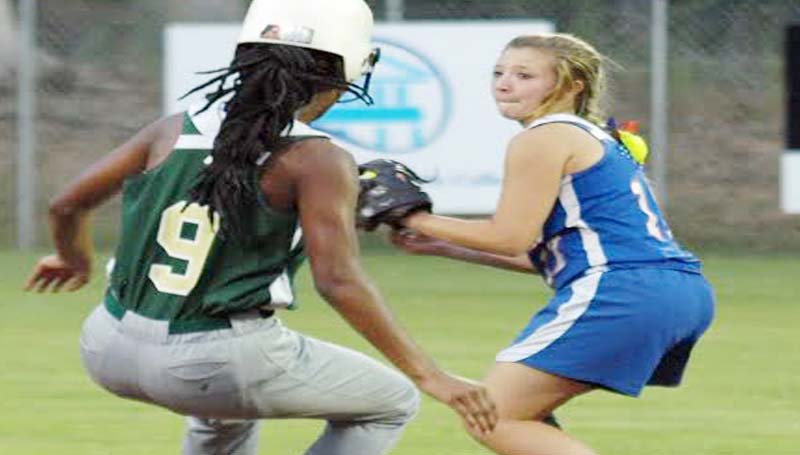 Wesson controlled the field in a quick three-innings, which gave the Lady Cobras a 17-2 victory over South Pike.

“Both Varsity and JV teams played solid offensively and defensively,” said Lady Cobra coach Michelle Nunnery. “Hopefully this will carry over to Saturday’s games in the Brookhaven tournament.”

Wesson will travel to Brookhaven Saturday, for tournament action. Game times are as follows: Wesson vs. Brookhaven at 9:00 a.m., Wesson vs. Lawrence County at 1:00 p.m. and Wesson vs. Bogue Chitto at 2:20 p.m..

The Lady Cobras defeated the Lady Eagles in a 17-2 win in three innings. Wesson ran the bases with big hitters and took advantage of errors by South Pike.

Kaitlyn Smith (RBI-5) was the big hitter of the night with two singles and a home run. Aurianna Vaughn (RBI-1) hit a triple and a single. Other hitters were Brooke Jones with a triple, Abby Meredith with a double, and single hitters Amber Brinson, Harmoni Ashley, Cheyenne Gladden, and Melody Ashley.

The Cobras played top defense with Brooke Jones getting four outs on second base and 1 assist.

Shakeria Brister (RBI-2) of the Lady Eagles hit a homerun that brought in their 2 runs for the game. She was also the top fielder with two outs.

In JV action,  the Lady Cobras defeated the Lady Eagles 11-1.

Winning pitcher, Riley Smith, had an impressive showing with 8 strikeouts and was the big hitter with triple and a single that averaged RBI-1.

Madison Boleware hit a triple and both A’rie Douglas and Natalie Bonds hit two singles. Shelbi Maxwell fielded two assists and one out at shortstop and A’rie Douglas had two outs at second.

Jerrica Weary was South Pike’s top player with a double and was responsible for the only run of the game.

STRINGER – The Bogue Chitto Lady Cats are on a roll after knocking off the Stringer Lady Red Devils 15-7... read more