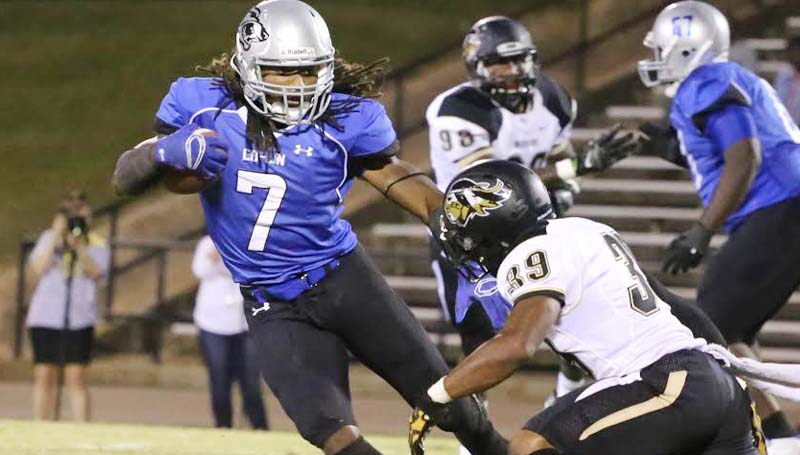 WESSON – The Co-Lin Wolves dominate the East Central Warriors in phases of the game to secure a 43-0 win in South Division JUCO action Thursday night at Stone Stadium.

“I was very pleased with the guys efforts,” said Co-Lin coach Glenn Davis. “We executed really well in all phases of the game. Our special teams did a great job executing tonight.

“Overall, it was great to get the win,” continued Davis. “Now, we must get ready for a tough schedule ahead of us. We need to continued this momentum as we prepare to make a run to make the playoffs.”

The Wolves defense, special teams and offense showed off their talented and skilled players as they overwhelmed the Warriors early and never looked back. Co-Lin’s return specialist Donald Gray powered the Wolves special teams as he cashed in two punt returns for a 48-yard touchdown and a 52-yard touchdown. 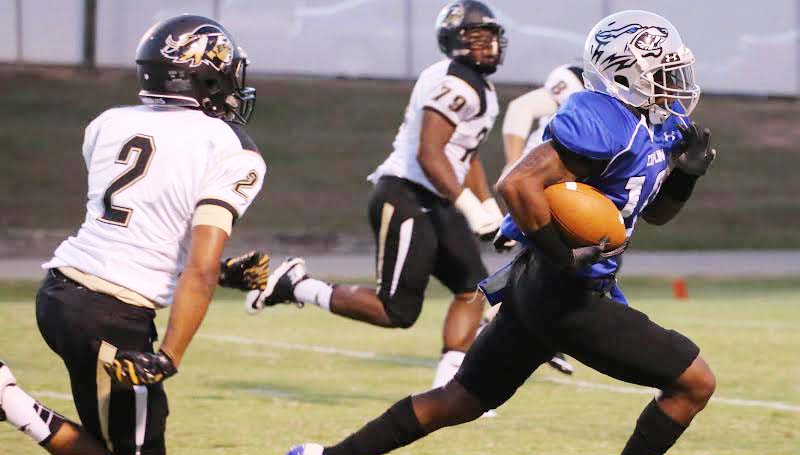 DAILY LEADER / JOHNNY SMITH / Co-Lin defensive back Arthur Maulet (10) intercepts a Ethan Hamilton pass and returns it for a touchdown.

After a defensive and special teams score in the first quarter, Co-Lin’s offense managed to head into the scoring action, as De’Lance Turner punched in a 24-yard rushing touchdown to put the Wolves up 21-0 to end the first quarter.

In the second quarter, the Wolfpack continued punishing the Warriors on the scoreboard as Co-Lin scored two more touchdowns to take a 34-0 lead into halftime.

Turner scored his second punt return for a touchdown to give the Wolves a 28-0 lead. Sophomore running back Diquan Davis showcased his skills as Co-Lin’s offense scored another touchdown on a 14-yard run to end the first half.

In the second half, the Wolves came out and continued their dominance over East Central. Co-Lin scored on their opening drive of the third quarter, when sophomore quarterback Daniel Fitzgerald connected with Courtney Foy for a 17-yard touchdown pass to give the Wolves a 41-0 lead.

Before the conclusion of the fourth quarter, Co-Lin’s defense managed to put their final seal on the contest when sophomore defensive linemen Johnathan Calvin powered through East Central’s offensive line to sack their quarterback for a safety to give the Wolves a 43-0 advantage and win.

The Wolves (3-2, 1-1) return to action next Thursday night as they visit Pearl River to take on the Wildcats. Kickoff is at 7 p.m.