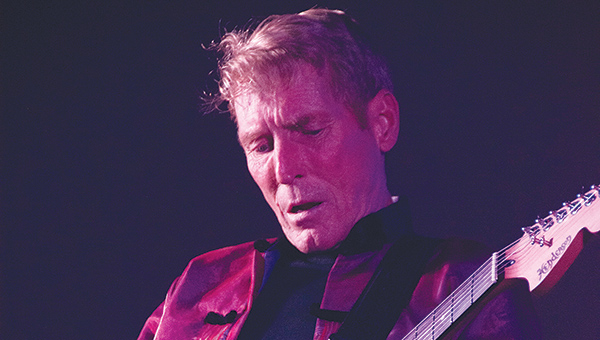 File photo
Last year, Brookstock first expanded to two nights. This year they will continue the expansion with a three-night event.

Some parties take on a life of their own, but rarely do they become what Brookstock Music Festival has evolved to be over the past 15 years. What started as a class reunion of sorts and an opportunity for old bands to get back together has become a three-day music event bringing folks young and old together to make music.

The festival will begin Thursday and continue through Saturday, with performers taking the stage at the Haven Theater, Recess 101 and the FEMA building on Industrial Park Road. Don Jacobs, the founder of the event, said it all started as a reunion of a high school band to gather old friends for a good time. Fifteen years later, it has only gotten bigger and better.

“It’s just incredible fun to get together with these old friends and play music and see people out on the floor like they were when we were teenagers,” Jacobs said.

Jacobs said he is excited about this year’s Brookstock being held in a new venue, the FEMA building on Industrial Park Road. He said in years past the event was held at the Brookhaven Parks and Recreation Department, but the crowds for the festival outgrew the space, and they are looking forward to the new, spacious venue.

Jacobs said he is thrilled with this year’s lineup for Brookstock, which has been expanded from recent years to include music from the younger up-and-coming generations.

Once again, the Allen Community Fire Department will offer its popular culinary stylings. Admission is $10, with doors open at 5 p.m. and music running from 7 p.m. to midnight.

Between the new singer-songwriter night and the Brookstock Too show at The Haven Theatre,  Brookstock XV is shaping up to be the most encompassing and well-rounded event yet. Shaw Furlow spearheaded the creation of these two newer nights of music in order to ensure the festival’s success in the future.

“If you have never been, this is the year to come,” Furlow said.

The Brookstock singer-songwriter night will be Thursday starting at 7 p.m. hosted by Furlow at what he said was once Brookhaven’s premier music venue, Recess 101. Furlow said Recess 101 will open for one night only to host the family-friendly event. Admission is free for this new event, which includes performances by Furlow, Mike J. Case, Andi Cotten, Tony Norton and Cole Powell.

Friday’s Brookstock Too, formerly Brookstock Teen, will be held at The Haven Theater starting at 7 p.m. with a $10 admission. Acts include Jonas Reguse, Dominic King, Taylor Barron and the Greg Smith Band.

Furlow’s musical side project is a YouTube-type show called “Music from the Shadyside” filmed in his home on Shadyside Street. The crew behind Shadyside will be filming a documentary this weekend.

“The same crew will be shooting the documentary on 15 years of Brookstock, what it’s meant to the community and the performers,” Furlow said. “This is a big, big weekend for us.”

After a long battle with complications from West Nile virus, a Brookhaven firefighter succumbed to his illness Monday. Justin Rippy,... read more