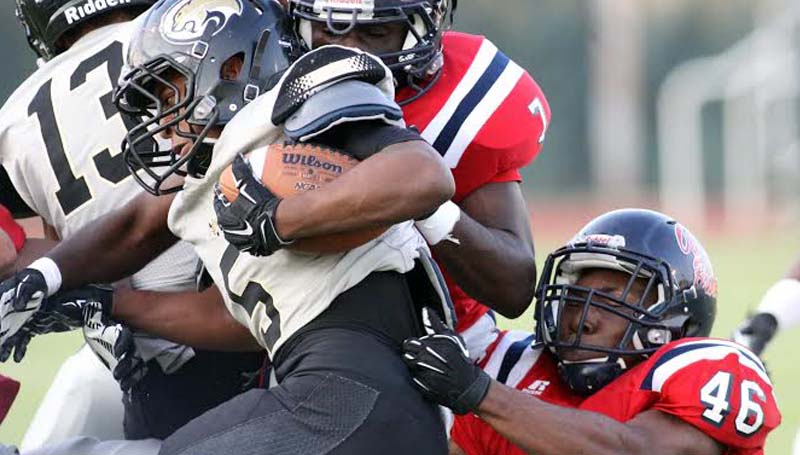 “We were very fortunate to be leaving with the win,” said NW Rankin coach Kolby Columns. “Brookhaven has a very good, well-coached team, and they played hard throughout the whole game. This game could have went either way, but I’m glad to get the win.”

Brookhaven’s defense set the tone early as they stopped the Cougars on their opening drive to force them to punt the ball away.

The Panthers’ offense took over the rest of the first quarter as they marched down the field slowly to eat up the clock and wear down the Cougars’ defense.

Just before the quarter ended, Brookhaven quarterback Jon-Mark Mathis hooked up with Garrett Smith for a 14-yard touchdown strike as the horn sounded. Caleb McCreary finished a perfect two-of-two on the extra point kicks on the night as Ole Brook led 7-0.

In the second quarter, the Cougars struggled to get their offense going as the Panthers’ defense forced NW Rankin to punt again.

Brookhaven’s offense returned to the field looking to continue their momentum, but the Cougars’ defense kept the Panthers from moving the ball. 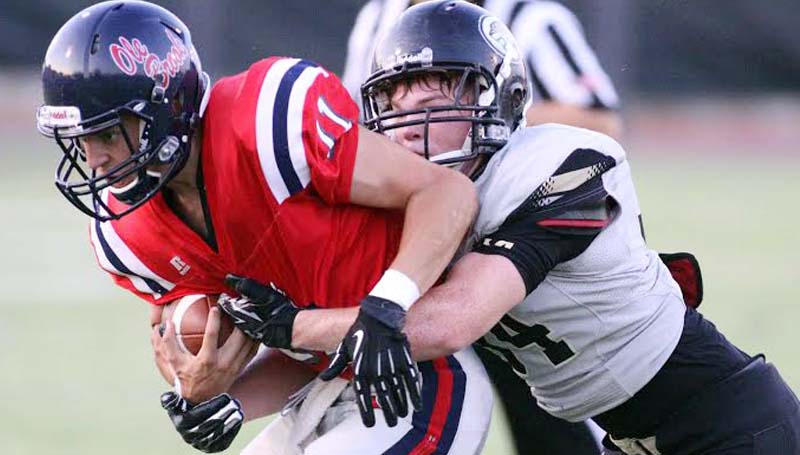 With 7:30 left in the second quarter, the Cougars managed to get a quick score to tie the game at 7-all when senior running back Ryan Amos broke free and sprinted 83 yards for the touchdown. Spencer Cole was successful on all three of his extra-point attempts.

Brookhaven and Northwest Rankin finished the first half with the score tied 7-7.

In the third frame, the Cougars managed to break the tie with 8:31 remaining when quarterback Braden Smith punched in a 27-yard rushing touchdown to give NW Rankin a 14-7 lead.

The Panthers answered the Cougars’ challenge with 4:41 remaining in the third when senior running back Thomas Poole scramble in for a five-yard rushing touchdown.

On the next possession, the Cougars marched down the field as the third quarter ended with NW Rankin inside the redzone.

In the fourth, the Cougars wasted no time punching in their final touchdown of the night as Braden Smith connected with receiver Jordan Bane for a 12-yard touchdown pass with 11:48 remaining.

After a see-saw defensive battle and several missed field goal opportunities by the Cougars, the Panthers’ offense took control of the contest with six minutes left and worked the ball down the field just like the first quarter.

With 3:31 remaining, the Panthers worked inside the redzone and threatened to tie the game. After a series of timeouts, the Panthers returned to the field facing a fourth down. Brookhaven attempted a pass to secure a first down inside the 10-yard line, but NW Rankin safety Jalen Hoover scouted the play and ran up to intercept the pass. He returned it back to Brookhaven’s 30-yard line to finish out the game.

“I thought our kids played with a lot of emotion on both sides of the ball tonight,” BHS coach Tommy Clopton said. “We were a more physical team than we were last week. We have got to eliminate turnovers and big plays to win a ball game.”

Jon-Mark Mathis completed 14-of-19 passes for 75 yards, one touchdown and one interception. Mathis also provided 61 yards rushing on 20 carries.

Ryan Amos directed the Cougars’ offense with 11 rushes for 131 yards and a touchdown. Braden Smith completed 13-of-23 passes for 103 yards with one passing and one rushing touchdown. Jordan Bane was the top receiver with four catches for 51 yards.

The Panthers (0-2) will travel to Monticello Friday to battle the Lawrence County Cougars. Kickoff is at 7 p.m.