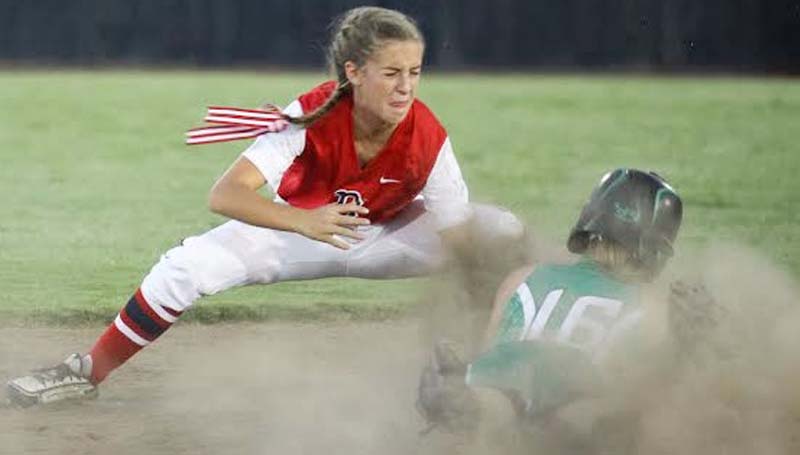 “West Lincoln is a really good team and they hit the ball extremely well. Our defense was able to come through in clutch situations,” said BHS Head Coach Mandy Vinson. “Our bats heated up in the third inning and we were able to push enough run across the plate to win.”

Brookhaven’s first and second innings did not prove productive, but the third inning would be a turning point as they put seven runs on the board off four hits that included a three-run over the fence homerun by shortstop Macy Ziskin.

No runs were scored in the fourth inning, while only one run was scored in the fifth inning despite the team producing four hits. The Lady Panthers were not able to score in the sixth and did not need to bat in the bottom of the seventh, as they were able to hold the Lady Bears to six runs at their last bat at the top of the seventh inning.

West Lincoln started the game with a bang with Makennah Redd’s two-run over the fence homerun in the first bat for the Lady Bears. Putting those two runs on the scoreboard put the West Lincoln team in the lead.

They would not score again until the fourth inning when they produced four more runs, including Millane Lewis’ over the fence homerun that helped to bring the score close once again at 7-6. The fifth, sixth and seventh innings were not productive for the Lady Bears and they ended the game with six runs.

The Lady Panthers recorded 13 hits in the game with two errors.

Leading for BHS in hitting were Ziskin with a homerun and a single; Katherine Shell, Jada Henderson, Tia Bussey and Madison Thompson all had two singles a piece. Hitting safely during the game were Kat Wallace, Fallon Brooks, and Cheyenne Motley.

Batters who made it to first safely on walks included: Bussey, Shell, and Motley.

Rileigh Allen pitched all seven innings of the game. She had no strikeouts and no walks.

West Lincoln recorded 11 hits in the game and two errors.

Leading the Lady Bears at the plate were Redd and Lewis, both with homeruns. Hitting a double and a single was Peyton White. Morgan Newman hit a double. Hitting two singles each were Hanna Moak and Megan Gerald. Hitting safely were Sara Jane Doty and Jana Case.

Redd pitched the complete game for West Lincoln. She had no strikeouts and no walks.

“We have got to do a better job of playing a complete game. We did not look good tonight,” said West Lincoln Head Coach Andrew Redd. “Brookhaven has a good team and playing teams like that will definitely help us get better.”

Brookhaven (10-2, 3-0) will travel to Pearl Thursday for a district test against the Pearl Lady Pirates. The Lady Bears (11-2) will also be in action Thursday as they host the Lawrence County Lady Cougars.

With two outs on the scoreboard, Brookhaven first baseman Lydia Butler hit a walk-off single that brought in Meg Foster for the go-ahead run to win the game for Brookhaven.

Leading in hitting was Jadeyn Fuller and Kyla Henderson both with a double and a single. Foster had three singles. Hitting safely were Myia Cooper and Butler.

Batters who made it to first safely on walks included: Henderson, Maddi Miller, Fuller, Cooper and Ciera Henderson.

Henderson pitched four innings of the game. She had two strikeouts and four walks before Cheyenne Motley came in for relief in the fifth inning. Motley, who completed the game, had no strikeouts and no walks.