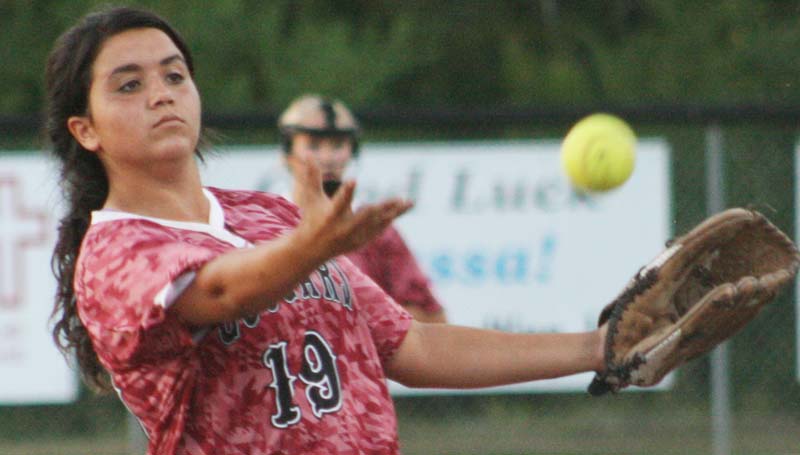 “This was a good game for both teams,” said LCHS coach Meleah Howard. “Wesson did a great good fighting back into the contest. Overall, I was pleased with my girls’ efforts. I was proud of the way we persevered offensively, but defensively we struggled.”

The Lady Cougars (14-2, 4-0) will resume action Saturday as they travel to Brookhaven to participate in the Ole Brook softball tournament. Lawrence County will battle Warren Central at 10:20 a.m., Wesson at 2:20 p.m. and Vicksburg at 3:40 p.m.

The Lady Cobras (12-7, 3-0) will also be in action Saturday in the Ole Brook tournament as they face Bogue Chitto at 5 p.m.

Lawrence County came out and quickly set the tone of the game in the first four innings to secure a 4-0 lead.

Wesson put together a string of hits in the top of the sixth and seventh innings to score three runs, but Lawrence County’s big five-run surge in the bottom of the sixth was enough to secure the 11-5 victory.

Barri Rogers was the winning pitcher for the Lady Cougars with no strikeouts and no walks.

Riley Smith absorbed the setback on the rubber for the Lady Cobras with two strikeouts and no walks.

Harmoni Ashley was the leading hitter at the plate for the Lady Cobras with a double and two singles. Brooke Jones, Arie Douglas and Nikki Guess provided two singles each. Cheyenne Gladden ripped a double. Hitting safely were Riley Smith, Shelbi Maxwell and Molly Granger.

“The girls played a good game,” said Wesson coach Michelle Nunnery. “We made a couple of costly errors that hurt us early in the game, but our girls did a great job fighting back to keep the game close. Overall, I was pleased with our efforts, but we cannot make mistakes against a good team like Lawrence County and expect to win.”

Julianna Johnson pitched the win for LCHS with no strikeouts and no walks.

Shaylin Green suffered the setback for the Lady Cobras with no strikeouts and seven walks.

Molly Granger paced the Lady Cobras at the plate with two doubles. Shelbi Maxwell, Natalie Bonds and Katie Westbrook hit a single each.

No. 1 Co-Lin squeezes past East Central