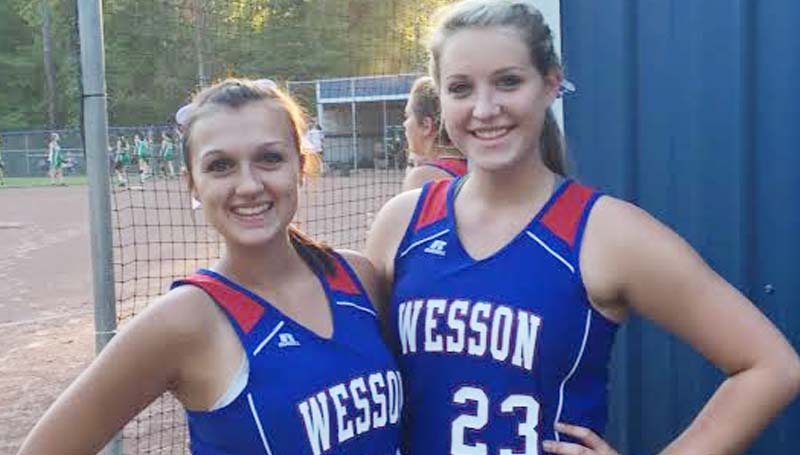 The Lady Cobras recognized their softball seniors – Cheyenne Gladden and Kaitlyn Smith – prior to the varsity game.

“It’s always good to end the season on a high note,” said West Lincoln coach Andrew Redd. “We hit the ball well, probably better then we have all year long. It’s good having a game like this before going into the playoffs.”

West Lincoln (20-5, 2-0) will host Union Tuesday night for the first round of the Class 2A state playoffs.

Wesson (15-8, 6-0) will also be competing in the playoff round and will host Morton Tuesday. Game time starts at 5 p.m. for the best-of-three series.

The Lady Bears pounded out seven home runs to collect the win in a five-inning contest.

MaKennah Redd earned the win with one strikeout and one walk.

Riley Smith suffered the setback on the mound for the Lady Cobras with no strikeouts and two walks.

Top fielders for the Lady Bears were Layton Sills and Millane Lewis with three outs each at shortstop and first base.

For the Lady Cobras, top hitters were Brooke Jones and Kaitlyn Smith with a double each. Aurianna Vaughn and Cheyenne Gladden hit a single apiece.

Wesson’s top fielder was Harmoni Ashley with three outs on first base.

Wesson pitcher Shaylin Green averaged one strikeout and one walk.

Arie Douglas and Shelbi Maxwell led the lady Cobras with two singles each. Katie Westbrook hit a double. Alyssa Carraway hit the single that put the first run on the scoreboard for Wesson, and Maxwell’s single scored the winning run to end the game in the fifth inning.

Molly Granger was the top fielder for the Lady Cobras with eight outs at second base.

PUCKETT – The Bogue Chitto Lady Cats are on a roll, defeating the Puckett Lady Wolves Tuesday night 13-2 in... read more