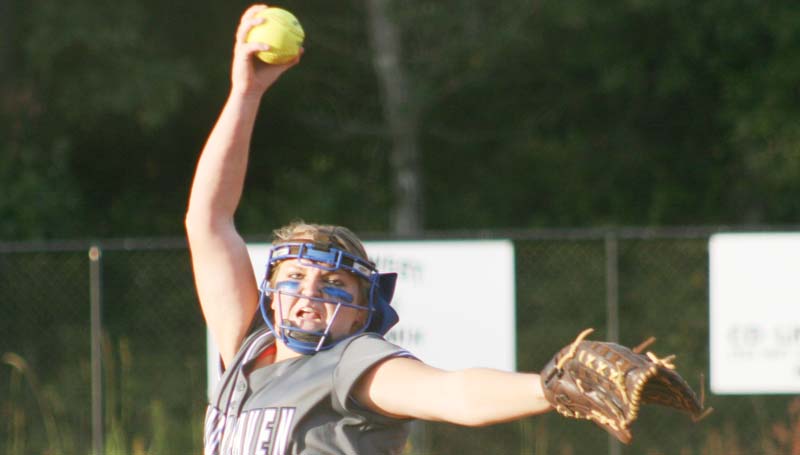 Brookhaven Academy senior pitcher Allie Summers will have the opportunity to show her talents once again in Wednesday’s MAIS All-Star Fastpitch Softball game at Jackson Prep Academy. The All-Star game begins at 12 p.m.

The all-stars will report Wednesday morning for orientation and a banquet at the Holiday Inn near Trustmark Park in Pearl.

Summers powered the Lady Cougars this season with a 2.10 ERA. In 128 innings pitched, she struck out 108 batters and issued just 56 bases on balls. Summers had a .963 fielding percentage for the Lady Cougars.

At the plate, Summers led Brookhaven Academy with .397 batting average and had a .483 slugging percentage.

“I am so proud of Allie,” said Brookhaven Academy softball coach Becky Flowers. “It’s difficult to come to a new school your junior year and fit in like you’ve been here since elementary but that’s what she did and that’s the type of young lady she is.”

“Her leadership and positive attitude went far beyond the softball field,” said Flowers. “She made such a huge impact on our program. With her in the circle we knew we were able to compete with anyone. Allie has a very bright future ahead of her beginning with the MAIS softball All-Star game and continuing her softball career after committing to Hinds Community College to further her education.”

“Allie brings so much to the field besides softball,” said Flowers. “She always has a positive attitude and is a great role model for our younger players.”

The Lady Cougars finished their softball season with a 12-15 record overall and had a 2-6 record in division play.