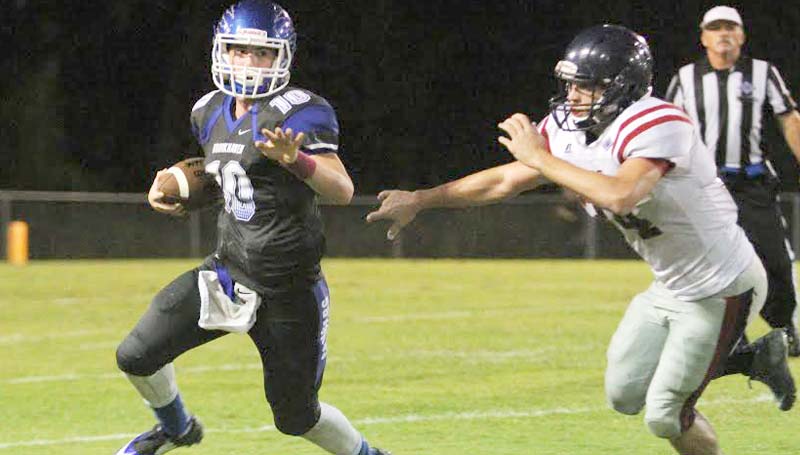 Daily Leader / Sherylyn Evans / Brookhaven Academy quarterback Madison Smith (10) runs to the outside to get away from a ASC defender Friday night at R.M. “Red” Stuard Field.

The Brookhaven Academy Cougars jumped on a fumble in the first minute of the game and turned it into a quick touchdown, only to be shutdown the rest of the game by steady rain, wet conditions and a bend-but-don’t-break Amite School Center defense as the Rebels escape with a 14-7 victory Friday at R.M. “Red” Stuard Field.

Trailing 8-7 after halftime, the Cougars used the wet conditions to aid their defense as they faced a line of scrimmage battle the entire game. Allowing only 83 yards passing, Cougars leading tackler, senior defensive lineman Roger Rushing, had 10 tackles, a sack and fumble recovery. BA recovered all three of the Rebels fumbles.