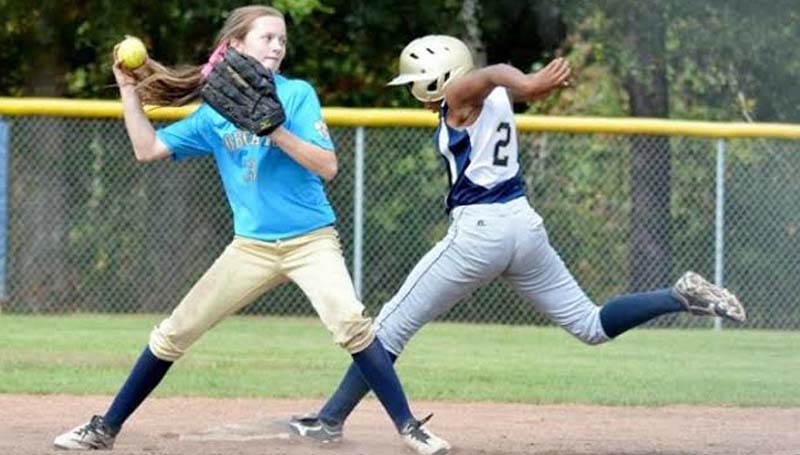 The Lady Cats rallied from behind to beat the Brookhaven Lady Panthers 7-6 in the first game and defeated the Franklin County Lady Bulldogs in the final game 7-3.

“We did a good job today,” said BC coach Scott Leggett. “The girls played hard and we managed to come through when we needed to. Now, it is time to ready for the playoffs.”

The Lady Cats (22-5, 2-0) will begin playoff action Tuesday as they host the opening round against the Nanih Waiya Lady Warriors. The best-of three series begins at 4 p.m.

After trailing 5-0 in the first inning, the Lady Cats rallied back to outscore the Lady Panthers 7-1 through the rest of the game to clinch the win.

Brooke Myers was the winning pitcher for BC with no strikeouts and two walks.

Cheyenne Motley suffered the setback on the mound for BHS with two strikeouts and two walks.

Zariah Matthews and Christian Black powered the Lady Cats’ offense with a double and two singles each. Reagan Kirkland contributed two singles. Alana Nettles had a double and Cherie Savoie hit a single.

The Lady Cats continued their strong hitting in the final game as they jumped on the Lady Bulldogs early to claim a 3-1 lead in the third inning. BC would outscore Franklin County 4-2 in the final inning to earn the win.

Myers collected the win on the mound with one strikeout and one walk.

Syndey Scott absorbed the loss for FCHS with no strikeouts and no walks.

Brandi O’Neal directed the Lady Bulldogs at the plate with three singles. Kellie Hunt contributed a triple and a single. Brittany Wallace had a double. Collecting a single each was Tabitha Thompson, Ti’Mara Mackey and Scott.