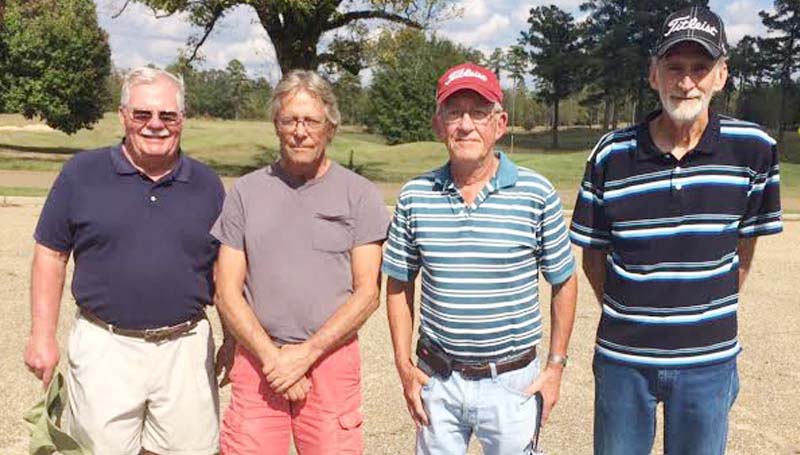 Daily Leader / photo submitted / Craig Crozier, Kenny Thornhill, Dick Arnold, and Mike Allen won the Brookhaven Country Club Senior Scramble Thursday with a score of 9 under par 61. Kenny Thornhill won closest to the pin on holes No. 4 and No. 12, Dick Arnold won No. 8, and Jerry Harper won No. 17.

A 9-under par 61, authored by the team of Craig Crozier, Kenny Thornhill, Dick Arnold and Mike Allen won Thursday’s Senior Scramble at the Brookhaven Country Club.

The team of Curtis Barnes, Jerry Handy, Yogi Yarbrough and John Darrington captured second place in a scorecard playoff with a score of 8-under par 62.

In third place, with a score of 8-under par 62 was the team of Jerry Harper, Phillip Autman and Gene Nesmith.

The BCC scramble is open to the public and starts each Thursday at 9 a.m. Entry deadline is 8:30.