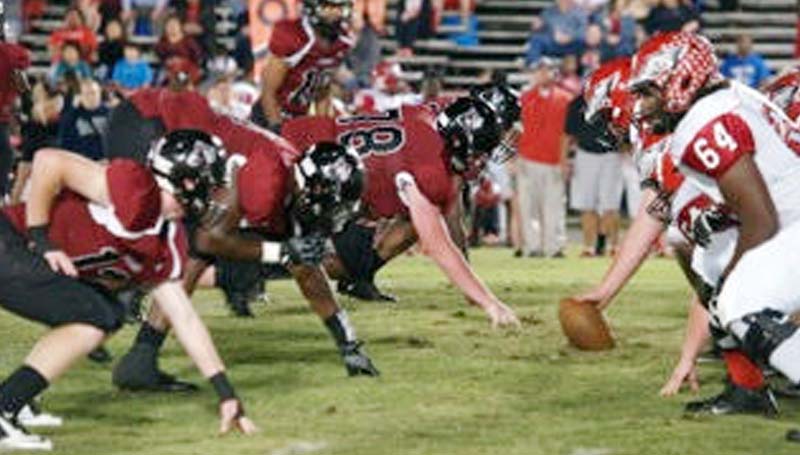 MONTICELLO – The Lawrence County Cougars closed out a near-perfect regular season with their ninth straight win on Friday, beating the Florence Eagles 42-25.

Charl’Tez Nunnery ran for two touchdowns and threw for another, and T-Tez Cole scored on a run and on a pass reception, to power LCHS.

With the win, Jaymie Palmer’s Cougars improved to 10-1 on the season. Lawrence County sailed through Region 6-4A play with a 5-0 record, winning the region championship. The Cougars’ region title also earned LCHS the right to host a first-round playoff game. Lawrence County will host former region rivals Columbia Friday.

“It’s been a great season,” said Palmer, who is in his second year at his alma mater. “But the playoffs are a whole new season. Every team is 0-0 right now.”

Lawrence County’s playoff appearance will be the Cougars’ first since 2011, the final season of Mike Davis’ long run at LCHS. Last year, the Cougars missed the playoffs just barely, losing out in a tie-breaker, for the region’s final playoff berth.

On Friday, Lawrence County was mostly without standout tailback Quitten Brown, who played just a handful of plays. Brown, who left last week’s game at Richland with a back strain, carried the football just once, scoring his 29th touchdown of the season on a one-yard run.

Lawrence County took the lead almost immediately, as Florence’s Josh Quick fumbled on the Eagles’ second offensive play. It was recovered by T-Tez Cole. Cole then ran for 17 yards on the Cougars’ first play, and scored on a 12-yard run on the next play. Josh Stephens kicked the first of six straight extra points, giving Lawrence County a 7-0 lead.

Defense dominated the rest of the first quarter, as the two teams exchanged four punts. On the second play of the second quarter, Florence quarterback Brad Dennis knotted the game with a 19-yard scoring run. Windham Whatley’s extra point made it 7-7.

Lawrence County scored on its next two possessions, first driving 74 yards in seven plays. Nunnery ran for 32 yards and a touchdown, one play after converting a third-and-11 situation with an 18-yard completion to Cole. It was 14-7. Moments later, after Florence’s unsuccessful fake punt, Brown scored on his only carry of the night. A 38-yard run by Rykendrick Harness set up Brown’s score, which made it 21-7.

Harness’ first-half heroics weren’t finished. With 2:21 left in the half, Harness scooped up another Quick fumble, and raced 60 yards down the Florence sideline for another Lawrence County score. That gave the Cougars a 28-7 lead.

Florence got back in the game on Dennis’ five-yard touchdown run with 20 seconds left in the first half, cutting the LCHS lead to 28-14.

A 41-yard field goal by Florence’s Windham Whatley provided the only scoring of the third quarter. That cut Lawrence County’s lead to 28-17. On the first play of the fourth quarter, Cougar linebacker Azar Myles intercepted a Dennis pass and returned it to the Eagle 11-yard line. Three plays later, Nunnery flipped a five-yard touchdown pass to Cole. Cole then recovered when Florence mishandled the Cougars’ ensuing kickoff. After a 35-yard Nunnery-to-Marcus Atterberry pass, Nunnery put the game away with a one-yard touchdown run.

Unofficially, the Cougars inside linebacker corps of Myles and Cole led Lawrence County in tackles. Myles had an unofficial 13 tackles and an interception, and Cole was in on 10 tackles and had a fumble recovery. Defensive tackle Jermaine Smith had one of his best games, applying frequent pressure on Dennis.

Friday’s playoff game with Columbia will kick off at 7 p.m.