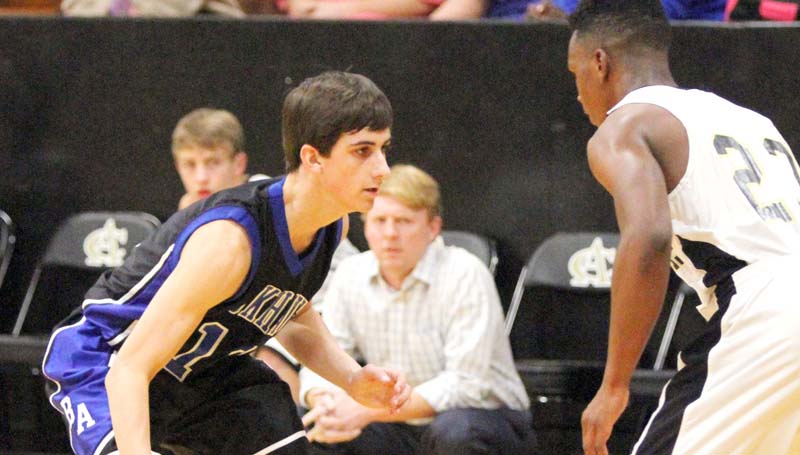 CANTON – The Brookhaven Academy Cougars captured a split in MAIS basketball action Monday night against the Canton Academy Panthers in a pair of varsity games.

In the girls’ contest, the Lady Cougars lost 42-20 to the Lady Panthers.

In the boys’ game, the Cougars rallied back in the second half to outscore the Panthers 29-22 as Luke Jackson nailed the game-winning basket to help BA secure its first win of the season.

The Lady Panthers of Canton Academy came out strong in the opening quarter to grab an early 13-2 lead and continued to roll in the second period to lead 25-6 at halftime.

In the second half, Canton Academy outscored the Lady Cougars 17-14 to collect the win.

The Cougars and the Panthers battled in the close 6-6 contest in the opening quarter, before Canton managed to get their offense going to carry a 14-9 lead into halftime.

In the second half, the Cougars outscored the Panthers 12-9 in the third period, but still trailed 23-21.

The Cougars had a balanced scoring attack as Luke Jackson and Austin Smith led the charge with eight points each. Tate Felder and Ethan Nations provided six points apiece. Ross Felder and Dylan Winborne netted three points each. Roger Rushing and Dawson Flowers had two points each. Jackson and Flowers were the leaders on the boards with three rebounds each.

Keilon Spires pumped in a game-high 28 points for the Canton Academy Panthers. Hayden Vaughn contributed seven points and Braden Brumfield had one point.