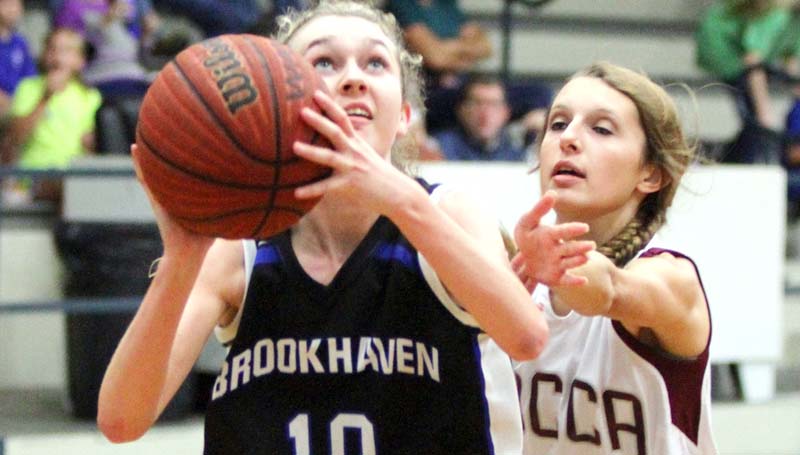 The Brookhaven Academy Lady Cougars captured their second win of the season Tuesday night with a 57-14 victory over the Wilkinson County Christian Academy Rams in MAIS basketball action at John R. Gray Gymnasium.

The Lady Cougars came out on fire Tuesday night and quickly took care of business as they clobbered the Lady Rams early in the first quarter to earn a 21-4 lead and cruised into halftime with a 35-10 advantage.

In the second half, the Lady Cougars continued to feast on the Lady Rams as they outscored Wilkinson County 22-4 to collect the win.

Jamie Lewis, Sarah Robinson and Olivia Hurst were the top scorers for the Lady Rams with four points each.