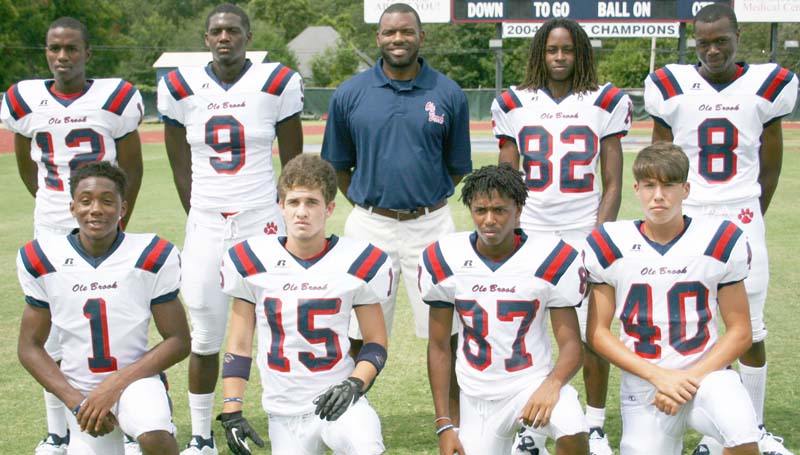 In Class 5A, Brookhaven battled back after a 0-6 start to make the playoffs as the No. 3 seed in Region 3-5A. Ole Brook begins its playoff run on the road against Pascagoula in a battle of Panthers.

In Class 4A, Lawrence County crushed Columbia 40-21 last Thursday to advance and will host the second round of the state playoffs against East Central.

The North Pike Jaguars also clinched an opening round 23-13 victory over Forrest County last week and will travel to take on the Moss Point Tigers in round two.

The Hazlehurst Indians crushed the Crystal Springs Tigers 38-0 last Thursday to move on and will entertain the Forest Bearcats at Robert McDaniel Sr. Stadium.

In MAIS playoff action, the Copiah Academy Colonels avenged an early season loss to Parklane last Friday and eliminated the Pioneers 7-0 in the opening round. The Colonels will travel Madison-Ridgeland Academy Friday to take the Patriots.

Brookhaven (4-7, 4-3), coached by Tommy Clopton, returns to the playoffs after defeating the Natchez Bulldogs 31-20 last week at King Field to clinch the No. 3 seed.

This week, the Panthers travel to Pascagoula. The Pascagoula Panthers (8-3, 6-1), coached by Lewis Sims, feasted on the Gautier Gators last week to end the regular season with a 17-9 victory.

Junior running back Reginald Hunter Jr. is the leading rusher on the season for Pascagoula with 1,255 yards on 209 carries and 12 touchdowns.

Junior quarterback Granlund Torjusen has thrown for 1,099 yards on the season with 70 completions on 143 attempts and seven touchdowns.

Sevante Quinn completed 3-of-5 passes for 21 yards, one touchdown and three interceptions. He also rushed for 34 yards on nine carries.

Darrian Wilson was the top receiver for the Panthers with one catch for a 13-yard touchdown. Reese caught two passes for eight yards.

My prediction: In a battle of Panthers, Brookhaven prevails 27-24.