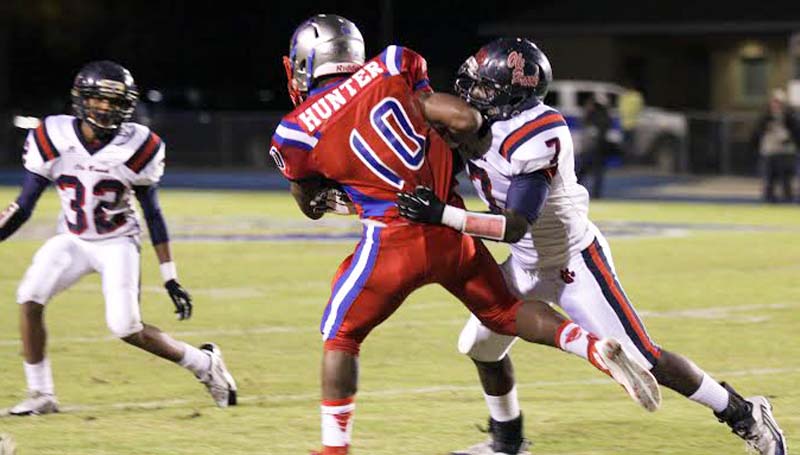 PASCAGOULA – The Brookhaven Panthers traveled to Pascagoula Friday night with high hopes of pulling off an upset in the opening round of the Class 5A playoffs. But instead, Pascagoula ended Ole Brook’s run with a 36-8 victory.

“I’m very proud of our players and coaches for working hard to get us into the playoffs after a tough start to the season,” said BHS coach Tommy Clopton. “I would like to wish our 2015 senior class all the best in the future. I have no doubt they possess the character and resiliency to be successful no matter what path they choose in life.”

Pascagoula scored the first points of the game on a 1-yard run by Reginald Hunter Jr. in the first quarter. Pascagoula attempted to add the extra point, but Ole Brook blocked it. 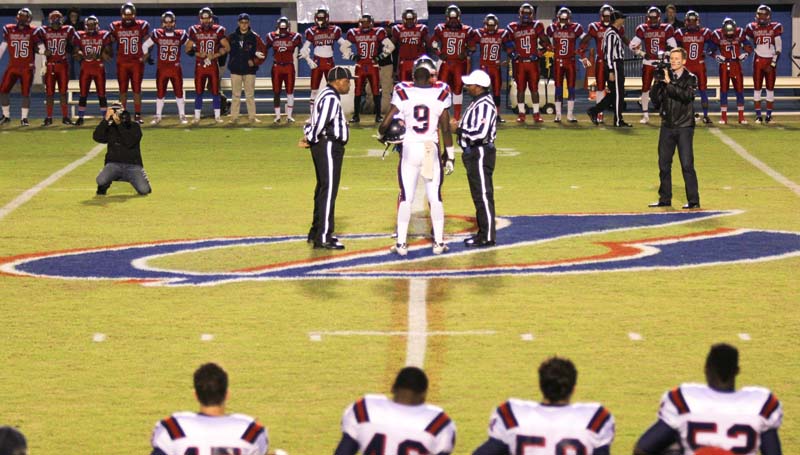 In the second period, Pascagoula scored 10 unanswered points to build its lead to 16-0 at halftime.

On the following offensive possession by Ole Brook, Pascagoula’s Devonte Thompson blocked a punt and returned it for a touchdown.

In the third quarter, Ole Brook punched in a 5-yard rushing touchdown by Kenneth Dixon. Brookhaven was successful on its first and only attempt of the two-point conversion as Dixon ran it in to cut into Pascagoula’s lead at 16-8.

Jakwaize Walker powered the attack with an 8-yard rushing touchdown in the third quarter. After failing to make the extra-point, Pascagoula led 22-8.

Offensively, Dixon was the leader for Ole Brook with 71 yards rushing on 10 carries. Tyriq Reese had four rushes for 15 yards. Duke Leggett finished with seven carries for nine yards.

Darrian Wilson saw some action at quarterback for Ole Brook as he completed 3-of-4 passes for 10 yards. Sevante Quinn had five yards passing on 1-of-3 attempts.

Kentrevis Tanner was the top receiver with one catch for 12 yards. Reese caught two passes for nine yards. Tremail Richard caught one pass for five yards.

For Pascagoula, Walker led the charge with 19 rushes for 130 yards. He also completed 4-of-9 passes for 50 yards

Haynes was the second leading rusher with 28 yards on six carries.