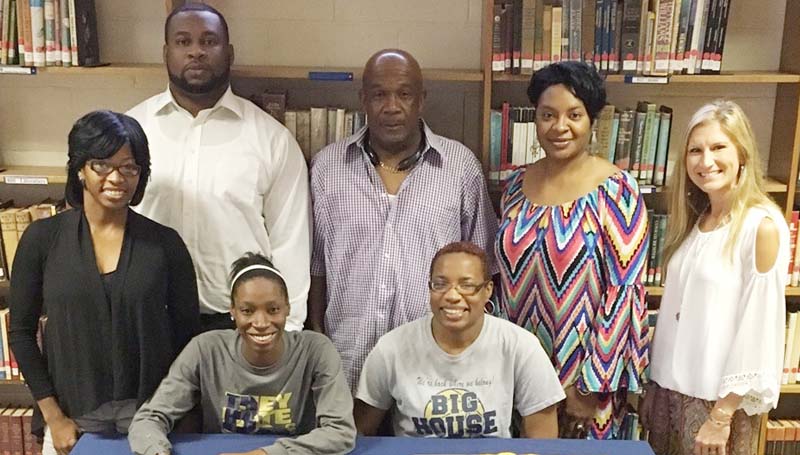 “I’m excited to have the opportunity to play basketball at the next level,” said Matthews. “Mississippi College has a very nice campus and I really like the people and coaches. Overall, it just felt comfortable for me to sign with MC.”

Matthews signed during a ceremony Tuesday morning in the Bogue Chitto library. She is the daughter of Fredricka Perkins.

Members of the Bogue Chitto Lady Cats’ basketball team and family members were present to celebrate the moment.

Zariah said that she has narrowed her career choices down to two. She wants to be a basketball coach/math teacher or a registered nurse.

In her junior year, she averaged 16.3 points, five rebounds, four assist and four steals per game.

In her freshmen year, she had 9.7 points, three rebounds, three assists and four steals.

“Today was a special day for Zariah as she signed with Mississippi College,” said BC basketball coach Christi Terrell. “I think it is a great opportunity for her, not only will she get to play basketball for four more years but she will receive a great education as well.

“Zariah has worked hard to improve her game defensively and offensively,” said Terrell. “She is an unselfish player that loves her teammates and wants to win. She wanted her teammates to be part of this day along with her family. We are excited for her and look forward to getting to see her play as a Choctaw, but for now we are going to enjoy the season with her and the other seniors and make it a memorable year.”