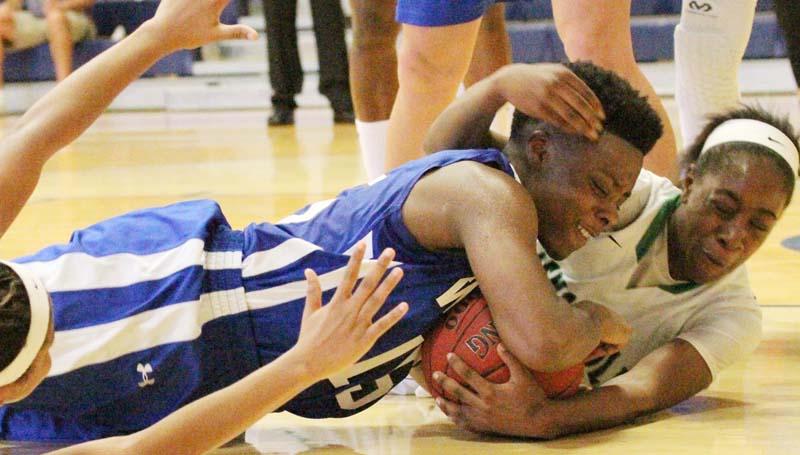 SUMMIT – The Co-Lin Lady Wolves got off to a fast start and held on for a 71-65 win over the Pensacola State College Lady Pirate in Tuesday afternoon basketball action at the Southwest-Coca-Cola Classic in Summit.

Co-Lin (4-0) jumped out to a 14-6 lead after the first quarter. But the Lady Pirates rallied to pull within four at 27-23 at halftime. The third quarter saw Pensacola State pull even closer 45-43 after three quarters. The Lady Wolves iced the came at the end of the fourth quarter as Alexis Collins and Jamilah Sanders hit key free throws to preserve the win.

Daijah Brown came off the bench to lead the Lady Pirates with 15 points. Jamella Smith and Mercedes Suarez added 14 and 11 points respectively. Losmie Lutaya led off the backboards with nine rebounds.

The Lady Wolves travel to Delgado in New Orleans on Saturday with a 1 p.m. tipoff. There will be no broadcast available.