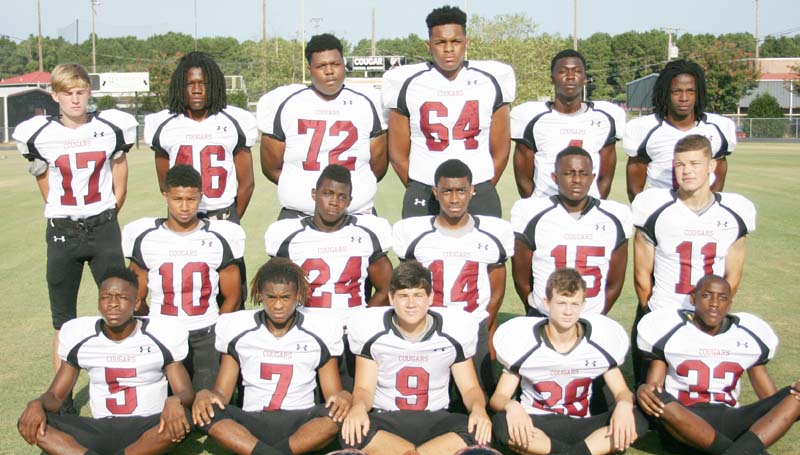 Two local teams – the Lawrence County Cougars and the Hazlehurst Indians – are still alive in their quest for a state championship in Week 14 of high school football.

In Class 4A playoff action, Lawrence County eliminated East Central 26-20 in double overtime last week to advance. This week will be their first road test in the playoffs as the Cougars travel to Vancleave to battle the Bulldogs.

On the other side of the South Class 4A bracket, St. Stanislaus visits Moss Point.

In Class 3A playoff action, the undefeated Hazlehurst Indians scalped the Forest Bearcats 18-0 in the second round of the playoffs at Robert McDaniel Sr. Stadium last Friday. This week, the Indians will also be on the road for this first time in their playoff run as they travel to Foxworth to take on the West Marion Trojans.

On the opposite side of the Class 3A bracket, Collins entertains Kemper County.

This week, the road to the state championship gets even tougher as they Cougars look to extend their 11-game winning streak against the Vancleave Bulldogs.

The Bulldogs (7-7, 3-2), coached by Lavon Capers, eliminated the Mendenhall Tigers 15-0 in the first round and held on to defeat the Purvis Tornadoes 20-17 in the second round.

Senior quarterback Parker Bourque is the leader behind center as he has completed 48-of-109 passes for 647 yards, three touchdowns and five interceptions. He has rushed for 324 yards on 120 carries for the season.

Senior running back Dylon Mallette is the top rusher for the Bulldogs with 946 yards on 208 carries. Cade Posey is the second leading rusher on the season with 550 yards on 83 carries. David Capers has contributed 417 yards rushing on 96 carries.

Posey is also one of the primary targets at receiver as he as caught 20 passes for 332 yards on the season.

Charl-Tez Nunnery completed 5-of-9 passes for 111 yards and rushed for 32 yards on 10 carries.