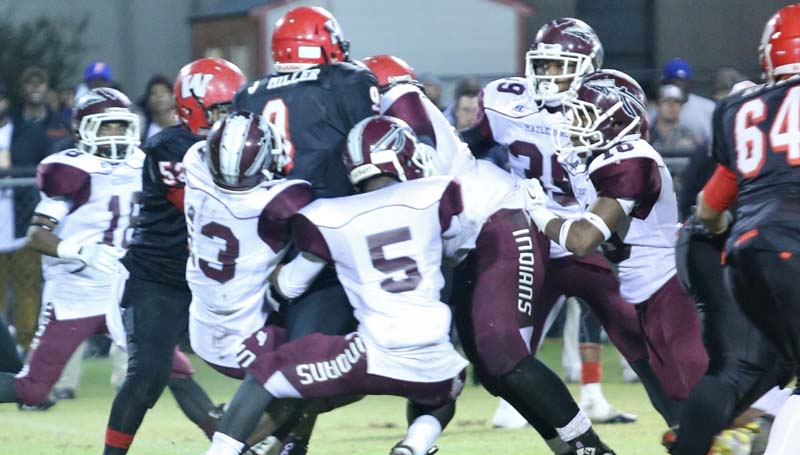 FOXWORTH – In a battle between two explosive offenses, West Marion’s defense pushed the team to a 12-8 win over Hazlehurst Friday night.

With the win, West Marion advances to the Class 3A South State championship.

“I am extremely proud of my guys for earning this tough, defensive win,” said West Marion coach Brad Duncan. “Our young defensive players did an outstanding job tonight against Hazlehurst. Everybody believed in each other to do their jobs and we did not give up.

The West Marion Trojans will travel to Collins to take on the Tigers Friday for the South State Championship. Kick off is at 7 p.m.

After a scoreless first, the Indians scored the first points of the night on a one-yard sneak by Ladarrious Williams with 6:46 remaining in the second quarter. Hazlehurst elected to go for the two-point conversion but was unable to convert. 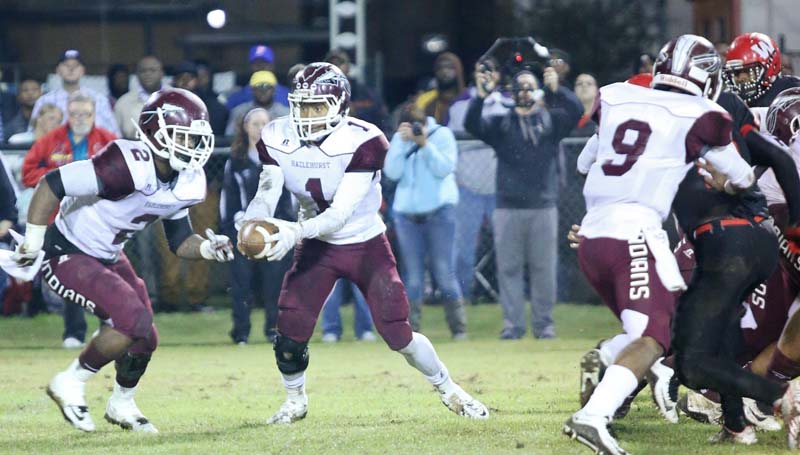 West Marion’s offense finally managed to break through to tie the game at 6 after Josh Miller threw a 30-yard touchdown pass to Damien Johnson with 8 seconds left. West Marion also went for the two-point conversion, but was stopped to end the first half.

In the third period, the defensive war continued until West Marion managed to take the lead with 35 seconds left when Miller punched in a one-yard rushing touchdown. The Trojans attempted to run in the two-point conversion, but was denied on their second try. West Marion led 12-6 after three quarters of action.

In the final period, facing a fourth-and-25, the Trojans gave up a safety on a bad punt attempt that sailed out of bounds, with 10 seconds on the clock.

With just 8 seconds left in the game, the Indians had one last chance to move 85 yards for the win. Unfortunately for Hazlehurst, West Marion’s defense was up to the task and made the game-winning tackle on Hazlehurst’s Malik Gray as he attempted to run down the sideline.

“This was a very good defensive ballgame from start to finish,” said Hazlehurst coach Todd McDaniel. “My guys played hard and left everything out on of the field. West Marion’s coaching staff did a great job preparing their players. Overall, I am very proud of my guys’ efforts.”

The Indians concluded their season with a 12-1 record

Offensively for the Indians, Williams completed 2-of-8 passes for 70 yards and rushed for 58 yards.

Jawuaveon Tillman was the top receiver for Hazlehurst with 70 yards on two catches.