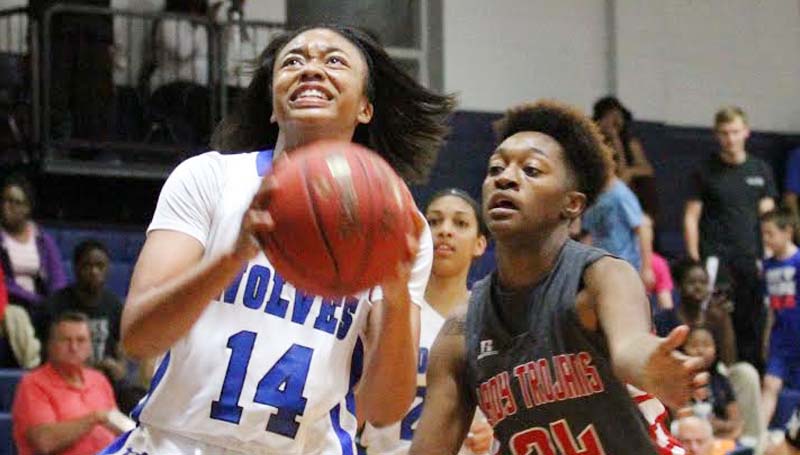 WESSON – The Co-Lin Lady Wolves blew past the Mississippi Delta Lady Trojans 78-43 Monday night to remain undefeated at 6-0 on the season.

Co-Lin begins South Division play on Thursday when they host the Hinds Lady Bulldogs at 6 p.m. in Mullen Gymnasium. Watch live at www.colinathletics.com or listen on WMJU 104.3 FM in Brookhaven.

The Lady Wolves jumped out to a to a 25-10 lead in the first quarter and never looked back. They led by as many as 22 in the second quarter taking a 40-22 lead into the locker room at halftime.

Co-Lin continued their dominance in the second half leading by as many as 35.

Head coach Gwyn Young was able to substitute freely as throughout the game.

“I thought early in the game we played pretty well,” said Young. “Then we started to substitute and we lost a good bit by subbing. But later on the new players that came in later on did a better job. I think our defense full court press finally wore them down in the second half.”

LaKeidra Greer was the only Lady Trojan in double figures with 11 points. Lynesha Mcurry led on the backboards with 10 rebounds.

In their first meeting, Co-Lin defeated the Lady Trojans 99-51.