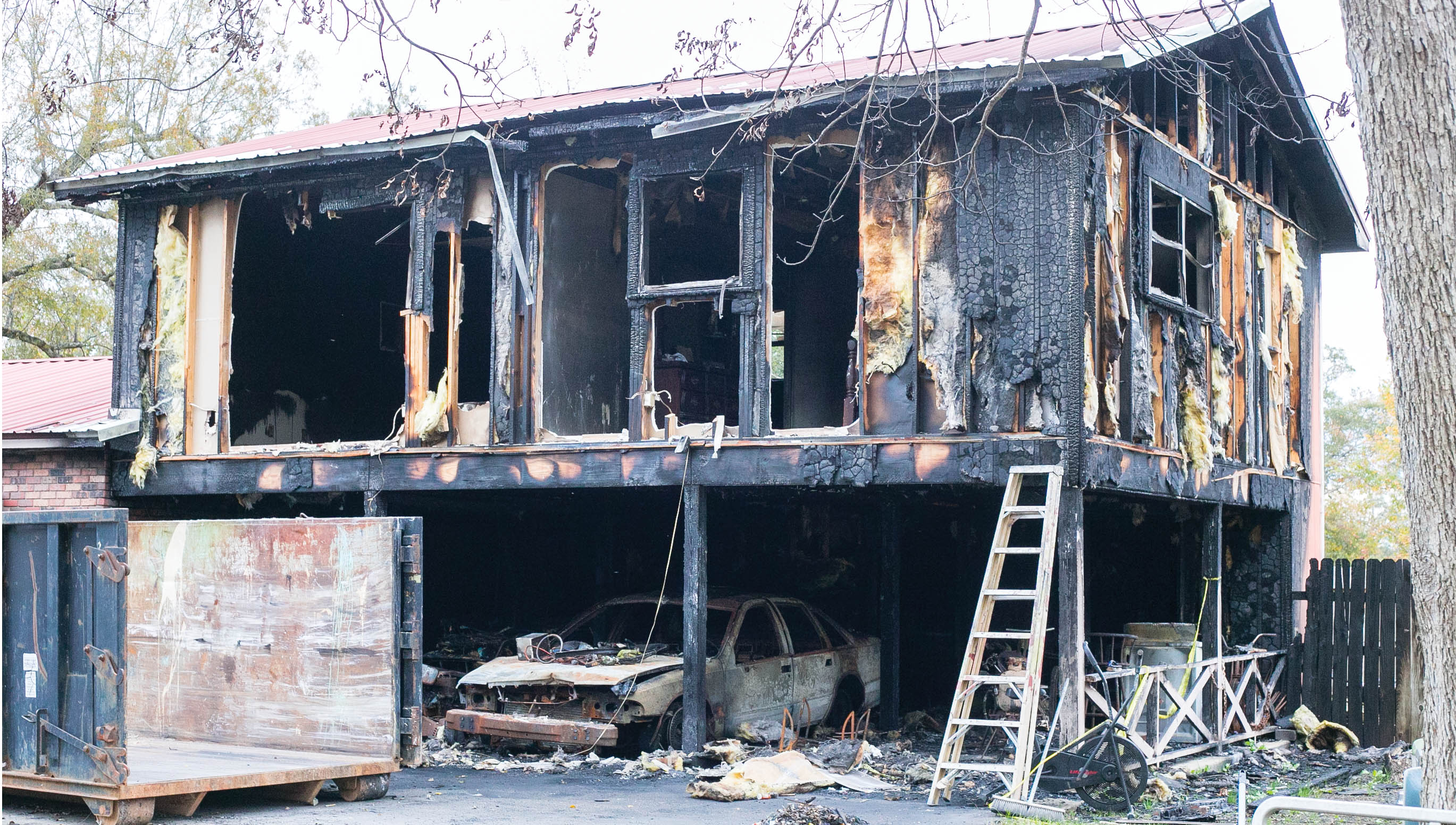 The house fire at 707 E. Independence St. on Nov. 2 was determined to be an act of arson by the State Fire Marshal. The home is that of Moses Bell, Jr., the grandfather of Cordarryl Bell. Bell is the suspect in a murder and shooting on the same day.

The house fire on 707 E. Independence St. on Nov. 2 that investigators believe may be related to an early November murder has been determined to be arson by the State Fire Marshal’s Office.

The house fire occurred at 8:15 p.m. at the residence of Moses Bell Jr., a retired asst. fire chief and the grandfather of Cordarryl Bell, the suspect whom police are seeking in two shootings that occurred earlier that day.

State Fire Marshal Ricky Davis led the investigation and determined the fire was started intentionally with an accelerant, BPD Commander David Johnson said Monday. Davis is offering a reward of $5,000 for information leading to the arrest and conviction for willful destruction by fire. Anyone with information may call the State Fire Marshal’s Office at 601-359-1061 or 1-888-648-0877, or the Brookhaven Police Department at 833-2424.

The name of Cordarryl Bell, 24, of 510 East Congress St., was mentioned in relation to the shooting of Christopher Stringer, 39, at his residence on North Egypt Circle around 2:30 p.m. Nov. 2, police said. BPD then responded to a report of shots fired on East Independence Street around 4:30 p.m. At 4:45 p.m., the BPD was dispatched to King’s Daughters Medical Center in reference to a person being shot. Aquarius Nelson, 26, of 905 East Independence St., was shot multiple times and was pronounced dead at KDMC, according to police. The fatal shooting is alleged to have taken place on Walnut Street.

Chief Bell said Cordarryl Bell’s name was mentioned in reference to both shooting incidents. BPD, local narcotics and the State Fire Marshal are investigating the incidents.

Bell asked that anyone in contact with Cordarryl Bell advise him to turn himself in. Anyone with information on Cordarryl Bell’s whereabouts or the incidents on Nov. 2 may confidentially report to Crime Stoppers at 601-823-0150 or BPD.

With more people traveling and shopping during the holiday season comes an increased risk of theft and danger on the... read more