Watts signs to run at BMC 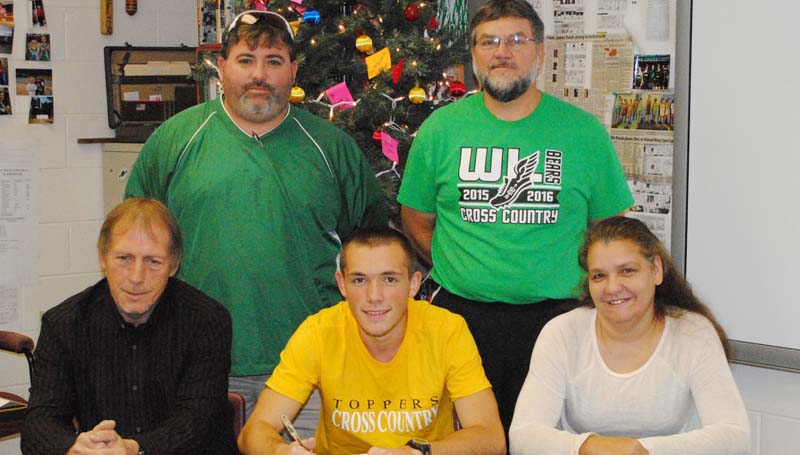 “I’m very blessed to have the opportunity to run for the Blue Mountain Toppers and continue my education,” said Watts. “Coach Phillip Laney is a great coach and he showed a lot of interest in me. He managed to come to several of our meets to watch me compete and afterwards we talked.

“After thinking about the chance to compete at the college level, me, my family and my coach (Greg Allen) traveled to Blue Mountain College Tuesday to visit,” said Watts. “After visiting everyone I knew this was the place I wanted to be.”

Watts, a veteran runner with numerous first-place titles under his belt, just finished up his cross-country season and is already looking forward to spring, when he can lace up his running shoes to compete in track events.

In his senior outing, Watts finished in first place in the MHSAA Region 3-2A meet, while finishing fourth place overall in the MHSAA 2A-4A-6A State Cross Country Championships on Nov. 10.

“Jason Watts is a special runner and he should have an immediate impact for our team in how we race,” said BMC head coach Phillip Laney. “Watts is devoted and hard-working and that’s a combination that has made him so successful in his high school career. I can’t wait to see what he can do here at Blue Mountain College.”

Watts said he wants to pursue a career in kinesiology to become a cross-country coach.

“I would like to thank Coach Allen for helping me achieve my goal,” said Watts. “He has been a great influence in my life.”

“Jason is a fine Christian young man who is very dedicated to the sport of running. Normally he averaged around 40 miles a week,” said West Lincoln coach Greg Allen. “He has been wonderful to work with and he should perform well at the next level. I look forward to seeing him run in track meets this spring.”

Ronald Greer will step down as Wesson’s head football coach after four seasons in the job, he said Thursday. Greer... read more