The Loyd Star Hornets captured a win in both boys’ games, while the Bogue Chitto Lady Bobcats secured wins in the girls’ games Friday night at the Hornets Nest.

The Lady Cats defeated the Lady Hornets 56-42 in varsity action and won 27-20 in junior high action.

Bogue Chitto will return to action Tuesday as it hosts the Wesson Cobras for four games, starting at 4 p.m.

Loyd Star will resumes action Thursday as it prepares for the Lincoln County Tournament, which will be held at West Lincoln’s Jack Case Gymnasium. The Hornets and Lady Hornets with battle West Lincoln first in the three-day tournament, starting at 7 and 8:30 p.m. 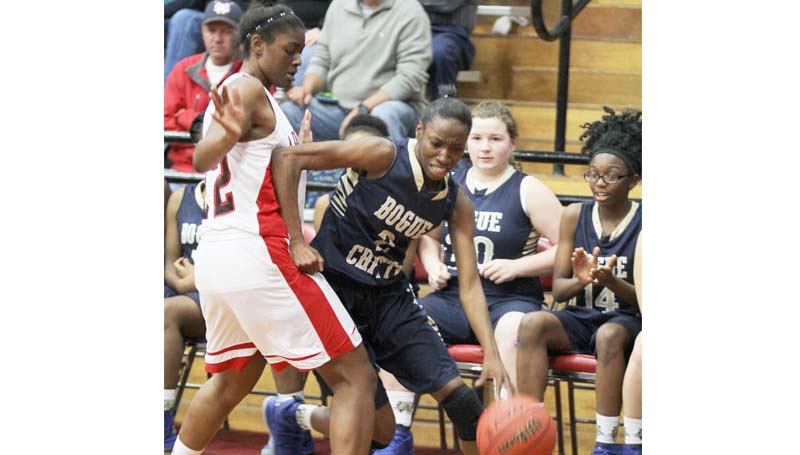 The Lady Cats bounced back to tie the series at one game apiece Friday night as they battled the Lady Hornets in a close first half to carry a 32-30 lead into halftime.

In the second half, the game remained close until the fourth quarter, when BC outscored Loyd Star 17-6 to collect the win.

“We started well and we finished well,” said BC coach Christi Terrell. “The girls played hard and it took a team effort to get this win. We have to do better capitalizing on offensive positions every quarter, not just two quarters. Proud of my girls.”

Offensively for the Lady Hornets, Hannah Dickerson pumped in 19 points and grabbed 10 rebounds to lead the way. Makenzie Smith netted 18 points and had 11 rebounds. Lydia Britt had four points and Faith Bergeron had three points.

“We played really well for three quarters,” said Loyd Star coach Gene “Moochie” Britt. “In the fourth quarter, Bogue Chitto out-played us and shot the ball really well from the outside. We gave Bogue Chitto too many second chance opportunities and we struggled to hit our shots.” 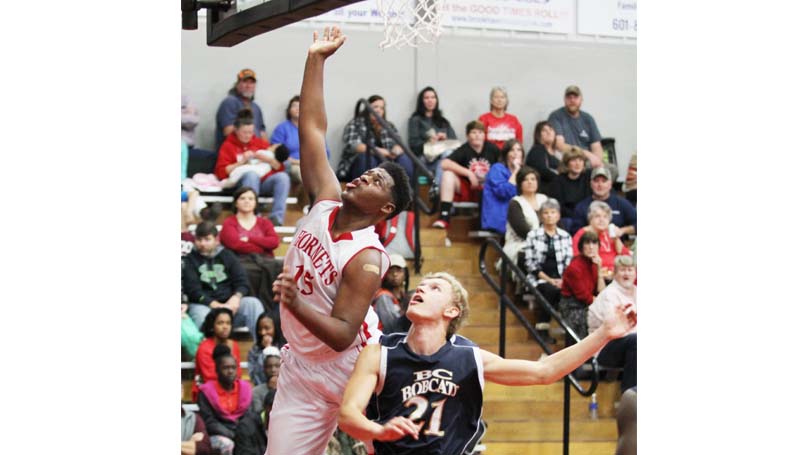 Both teams headed in to the fourth quarter tied at 42-42. In the final period, Loyd Star outscored Bogue Chitto 27-10 to collect the win.

“We played hard for three quarters and just didn’t have enough gas in the tank to get the win. Loyd Star had a big surge due to some mistakes that we made, but overall my boys are getting better,” said Bogue Chitto coach Mark Pitts.

“The boys played really well in the first and fourth quarters,” said Britt. “We showed a lot of rust tonight, but glad to get the win. Overall, we need to play more games to help us get better and experienced.”

In boys’ action, the Hornets slipped past the Bobcats 30-27.