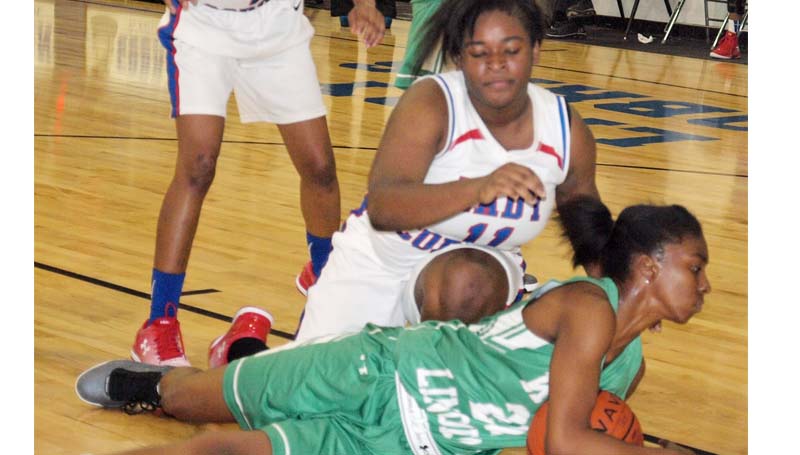 Daily Leader / Tracy Fischer / West Lincoln Demesha Deer (21) looks to call a timeout on the floor before Wesson’s Carnesha Green (11) could reach over to get a jump ball call Friday night.

WESSON – The Wesson Cobras and the West Lincoln Bears were victorious Friday night in high school basketball action at the Snake Pit.

In girls’ action, the Lady Bears edged the Lady Cobras to claim a 32-30 victory.

In the boys’ contest, the Cobras managed to hold the Bears in the second half to secure a 63-56 win.

Wesson will resume action Tuesday as the Cobras and Lady Cobras travel to Bogue Chitto to battle the Bobcats in four games. Junior varsity action begins at 4 and 5 p.m., followed by the varsity games at 6 and 7:30 p.m.

West Lincoln will also be in action Tuesday as the Bears and Lady Bears visit Puckett to take on the Dragons. Junior varsity action tips off at 5 p.m., followed by the varsity games at 6 and 7:30 p.m.

The Lady Bears took a slim 20-19 lead into halftime. In the third period, the Lady Cobras outscored West Lincoln 6-1 to take a 25-21 lead into the fourth quarter.

“We got out-played in every phrase of the game until the last two minutes of the game,” said West Lincoln coach Lane Young. “I have to give Wesson credit, they did a great job against us.”

“The girls played well but couldn’t finish the game,” said Wesson coach Rusty Newman. “I’m proud of the girls and we are going to keep practicing to learn how to win.” 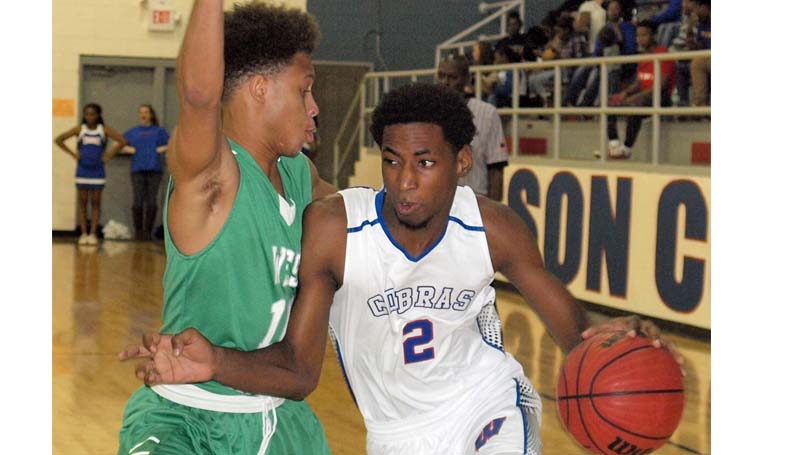 The Bears and Cobras battled in a high-scoring first quarter, with Wesson securing a 17-13 lead.

In the second, the Cobras outscored the Bears 12-6 to carry a 29-19 lead into halftime.

West Lincoln outscored Wesson 37-34 in the final two quarters, but the Cobras managed to hold on to the win.

“We had a poor second quarter, which was the difference of the game,” said Young. “We battle back in the second half and gave ourselves a chance, but Wesson did a good job at the end making free throws.”

“I thought the guys played a bit sloppy,” said Wesson coach Rusty Newman. “West Lincoln’s defense gave us trouble but we got enough offense going to get the win. I’m proud of the guys, it was a good win.”