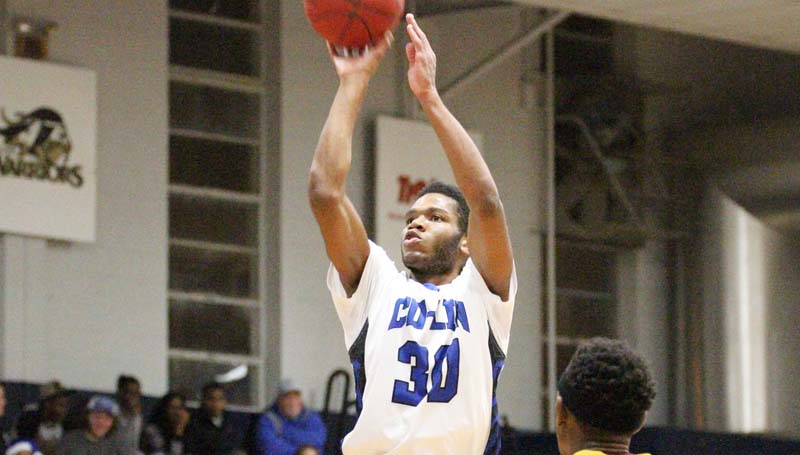 WESSON – The Co-Lin Wolves lost a heartbreaker in their South Division opener 64-63 to the Hinds Bulldogs. The Wolves (1-6) travel to Poplarville to take on the Pearl River Wildcats at 7:30 p.m. Listen live at www.colinathletics.com or on WMJU 104.3 FM.

It was back and forth throughout he game s the game was tied 10 times. Hinds’ Trojuan White would score what would be the winning goal with 1:22 remaining in the game. The Wolfpack had a couple of opportunities to take the lead, but were unable to score.

“The bottom line is that we really needed to win this game,” said Co-Lin head coach Kenny Bizot. “We needed to win when we are at home and it didn’t happen. We have no level of consistency right now.”

Powering the Wolves was Chris Kennedy who posted his first double-double of the year with 11 points, 16 rebounds, and 3 blocks. Darius Kennedy had a team-high 13 points and dished out 6 assists. Donte Watson added 12 points and 6 rebounds. Tyler Turner came off the bench to add 10 points.

Trojuan White came off the bench to lead Hinds with a game-high 18 points including 4 3-pointers. David Robinson was the only other Bulldog in double figures with 16 points. RyYale Brown led on the backboards with 10 rebounds.