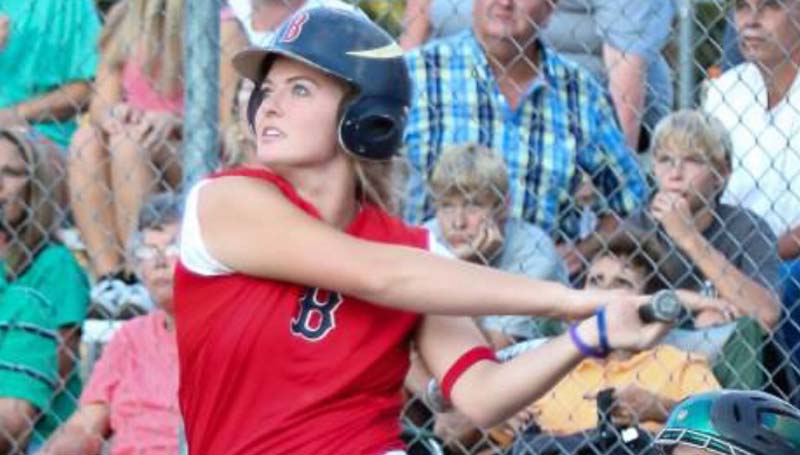 During Shell’s senior year, she posted a .646 batting average and smashed 18 home runs on the season. The Lady Panthers rebounded from a slow start early in the season to finish with a 20-10 worksheet. Brookhaven finished the Region 5-5A/6A race undefeated at 8-0 to win its third straight division crown.

The Lady Panthers advanced to the playoffs and were eliminated by George County in three games in the first round of the playoffs.

The Daily Leader’s All-Area Dream Team is composed of players around the area. It was selected by the newspaper’s sports staff, with input provided by high school coaches and referees.

Joining them on the All-Area Dream Team are pitchers Barri Rogers of Lawrence County and Brooke Myers of Bogue Chitto.

Working behind the plate is Jordan Harp of Lawrence County and Reagan Kirkland of Bogue Chitto.

Joining Shell in the infield are Terrah Nelson of Bogue Chitto, Josey Nations of Lawrence County and Brook Jones of Wesson.

Working in the flex position are Maddux Kirkland of Lawrence County, Makennah Redd of West Lincoln and Kaitlyn Smith of Wesson.

Joining Matthews in the outfield are Zyon Feazell of Lawrence County, Fallon Brooks of Brookhaven, Alli Mullins of West Lincoln and Cheyenne Gladden of Wesson.

Katherine Shell,  a right-handed power hitter, showcased her skills and talents at the plate and in the field for Ole Brook.

Shell powered the Lady Panthers at the plate with a .646 batting average, while collecting 27 singles, seven doubles and 18 home runs. She was walked 16 times and crossed the plate 49 times this year.

“Kat has been a great kid to coach,” said Vinson. “She loves the game of softball. She has been a leader for us on and off the field.

“Katherine is a player that we could always count on,” said BHS coach Mandy Vinson. “She hit the ball hard and gives 100 percent on the field. She played with a big heart. We will truly miss her next slowpitch season.”

Christian Black,  a senior right-hander, provided a huge bat at the plate for the Bogue Chitto Lady Cats.

On defense, Black expanded her skills as she played outfield this season after playing at first base the season before.

Bogue Chitto head coach Scott Leggett said, “Christian had another great offensive year. This was her third consecutive season to hit over a .630 average. She also hit her 50th career home run this season finishing with 55 career home runs in slowpitch. This was also her second consecutive year to drive in more than 60 runs.

“Christian has been one of the best hitters around and we will miss her,” said Leggett. “We are proud to have had the opportunity to coach her these last six years.”

Zariah Matthews,  a senior right-hander, sparkled in the outfield for the Bogue Chitto Lady Cats.

Matthews conducted a .945 fielding percentage and had 48 putouts, which drove opposing teams crazy not only in the field, but on the bases as well.

At the plate, Matthews used her speed to her advantage as she finished with a .466 batting average with 39 singles, seven doubles, five triples and 24 RBIs.

“Zariah did a fantastic job this year in the outfield,” said Leggett. “She is one of the best around with exceptional speed and a very strong arm.

“There are not many outfielders that can cover ground like she does,” said Leggett. “She was quick to force runners out at second base. She has definitely helped us in fastpitch with a three man outfield. We are proud to have coached her these last six years.”

Barri Rogers,  a senior, compiled a 24-4 record for Lawrence County at the plate. She posted a .351 batting average.

Jordan Harp,  a senior, batted .603 for Lawrence County. She had five home runs and 41 singles to her credit.

Terrah Nelson,  a junior, posted a .559 batting average with 43 RBIs for Bogue Chitto.

Josey Nations,  a sophomore, batted .542 and had 12 doubles for Lawrence County.

Brook Jones,  a sophomore, had a .540 batting average, with 37 singles, 11 doubles and six home runs for Wesson.

Hanna Moak,  a senior, had a .538 batting average with 14 doubles, three triple and four home runs for West Lincoln.

Harmoni Ashley,  a junior, batted .474 and had seven home runs for the Wesson Lady Cobras.

Maddux Kirkland,  a sophomore, had a .444 batting average for the Lawrence County Lady Cougars.

Makennah Redd,  a junior, had a solid year for the Lady Bears with a .511 batting average and five home runs.

Kaitlyn Smith,  a senior, batted .548 for the Wesson Lady Cobras.

Zyon Feazell,  a sophomore, posted a .468 batting average and had 12 home runs for Lawrence County.

Fallon Brooks,  a senior, batted .462 for the Brookhaven Lady Panthers.

Cheyenne Gladden,  a senior, batted .486. She finished with 19 singles and three doubles for the Lady Cobras.