He is the son of Joel and Barbara Moak, of Wesson. 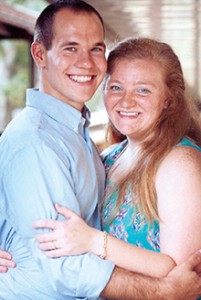 She is the granddaughter of the late Charles P. and Bennie Sue Ford, of Jackson, and the late Quinton and Eva Gill, of Escatawpa.

He is the grandson of Mr. and Mrs. George Moak, of Summit, Ralph Covington, of Wesson, the late Frances Ward Covington and the late Willie Ward, of Wesson.

The bride-elect is a 2011 graduate of Clinton High School and a 2013 graduate of Hinds Community College. She currently attends Mississippi State University.

The couple will exchange vows at 2 p.m., Saturday, Jan. 2, 2016, at First Baptist Church in Starkville. A reception will follow at Travis Outlaw Center in Starkville at 3 p.m.