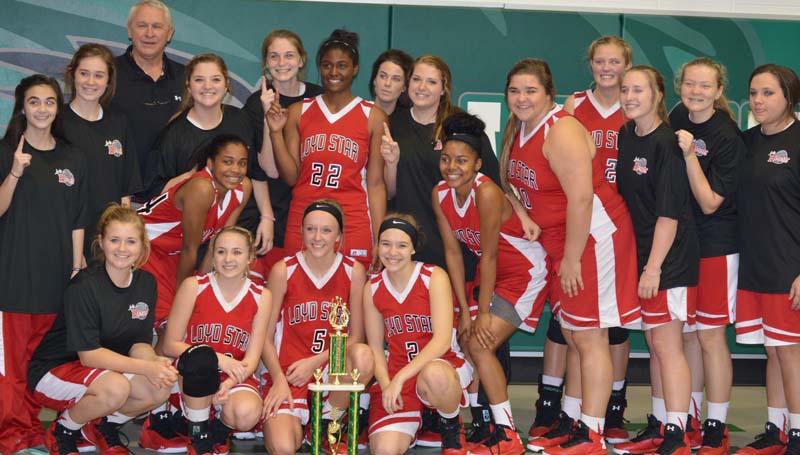 In boys’ action, the Hornets dominated the Bobcats to claim a 71-28 victory.

Loyd Star will return to action Tuesday as the Hornets and Lady Hornets host Wesson for four games. Junior high action begins at 4 and 5 p.m., followed by the varsity games at 6 and 7:30 p.m.

The Lady Hornets and the Lady Cats entered into Saturday’s contest unbeaten in tournament action. Loyd Star managed to gain the upper hand in the first period as it claimed a 19-15 and fended off the Lady Cats in the second to take a 31-28 lead into halftime.

In the second half, Loyd Star outscored BC 26-25 to secure the win and claim the Lincoln County crown.

“We played our best game of the season,” said Loyd Star coach Gene “Moochie” Britt. “The girls played hard both offensively and defensively. This was a great team effort. Jordan Shelby played an outstanding game for us today. Overall, I was pleased with their effort and glad to win the tournament.”

“Mentally we were not there,” said BC coach Christi Terrell. “Too many mental mistakes, missed free throws, and not rebounding killed us. Loyd Star had players step up offensively for them today and they made shots during crunch time to keep the lead.”

Loyd Star dominated Bogue Chitto to claim a 20-8 lead in the first quarter and outscored the Bobcats 18-9 in the second period to carry a 38-17 lead into halftime.

Loyd Star put together a 33-11 run in the final two quarters to collect the win.

“Defensively, we played really well,” said Britt. “The guys shot and rebounded the ball really well. It was good to give everyone playing time. This was a great team effort and glad to get the win.”