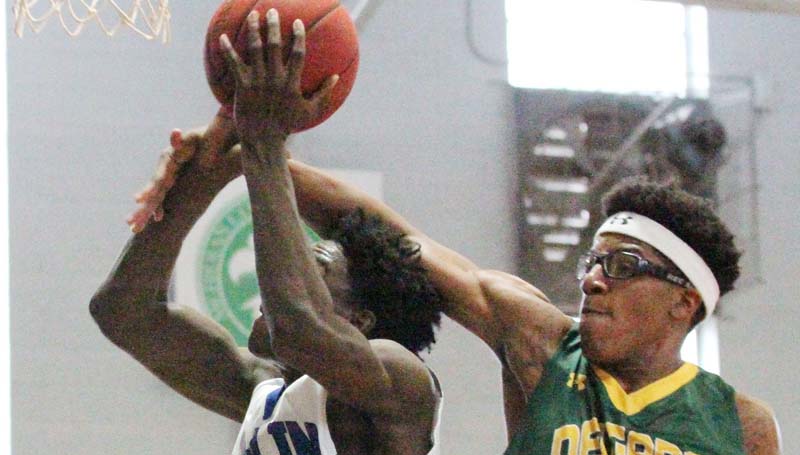 WESSON – Sophomore Donte’ Watson scored a game-high 24 points to lead the Co-Lin Wolves to a 83-70 win over the Delgado Dolphins in a non-division contest. Co-Lin (2-7, 0-2) will host Southwest Tennessee Community College in their final game of the semester on Monday, Dec. 14, at 6 p.m. Listen live at www.colinathletics.com or on WMJU 104.3 FM in Brookhaven.

The Wolves held a 34-28 lead with 50 seconds left in the first half. But with 2 seconds left, the Wolves fouled Markel Williams as he hit a 3-pointer and added the free throw to cut the Co-Lin lead to 34-32 going into the locker room.

The Dolphins would come out in the second half and take a 42-41 lead at the 17:01 mark and the game would see-saw back and forth for the next 5 minutes. The Wolves took the lead for good as freshman Afernee Parker hit a 3-pointer to give Co-Lin a 56-53 lead with 12:21 remaining.

“It was a good win for us,” said Co-Lin head coach Kenny Bizot. “At halftime I wasn’t real happy at all because we don’t guard for the last 24-25 seconds and it seems the last couple of games with one or two seconds left on the shot clock things aren’t going well for us. We gave up a four-point play before the end of half and that was a huge play. Give our guys some credit they came back after halftime and did a much better job played better team basketball, we played better together.”

In addition to Watson’s 24 points, three other Wolves would score in double figures. Jadarius Haymer added 17 points followed by Darius Kennedy with 12 and Afernee Parker with 11. Chris Williams would have a big game on the backboards with 14 rebounds. Kennedy would dish out 9 assists and Shemar Williams had 4 steals.

Jeffery Dixon would lead the Dolphins with at team-high 20 points followed by Williams with 19.