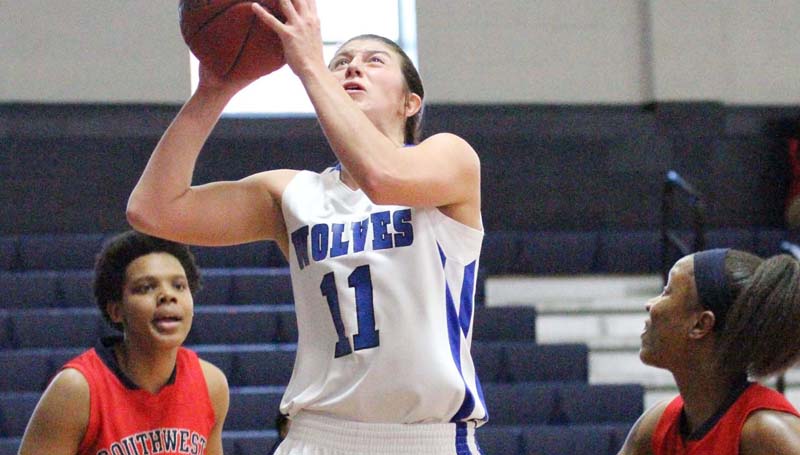 WESSON – The Co-Lin Lady Wolves finished the first half of the season with a 90-70 non-division victory over the Southwest Tennessee Lady Saluqis Monday night.

Southwest Tennessee’s LaKyesha Stennis is the second leading scorer in the NJCAA averaging 23.2 points per game. The sophomore from Lexington, Kentucky kept to her average scoring a team-high 23 points. Chayla Johnson was the only one other player in double figures with 10 points.

After the first quarter, the Lady Wolves held a 21-15 lead and increased their lead to 44-27 at the half.

“I thought we really did some good things on defense in a couple of spurts,” said Co-Lin head coach Gwyn Young. “But the part bad was when we made a good play and would turn around at the other end we made some bad decisions and turn the ball over. We need to do a little bit better blocking out rebounding. We had a bunch of different people scoring. If we shoot the ball that well then we’ll be in good shape. It was a good effort by a lot of people.”