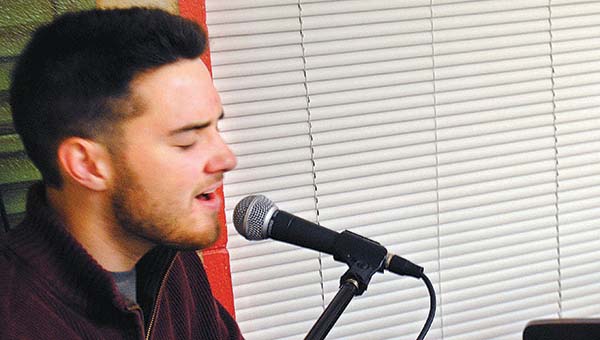 Photo by Aaron Paden/
Brookhaven talent Sam Mooney performs at Haven Hall’s Christmas party Tuesday night. Mooney’s debut EP “Somewhere in Between” was recorded in 2014 and released on iTunes, where it reached the top 10 in the Singer/Songwriter chart within 12 hours. Mooney said there is a new album in the works, and he’s planning a release tour in the spring.