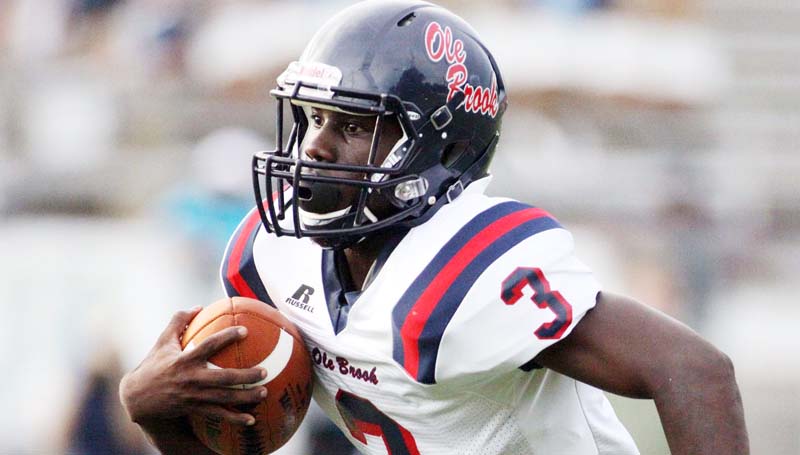 Daily Leader / File Photo / Brookhaven senior running back Thomas Poole (3) is among five Panthers selected on the All-Region 3-5A team.

The Brookhaven Panthers had five players to make the All-Region 3-5A offensive and defensive team. The players are running back Thomas Poole and linemen Wanya Morris and Brandon Rice on the offensive team. Named to the defensive team are lineman Stephen Springfield and kicker Tyler Mixon.

The coaches from the Region 3-5A classification voted on the players selected.

Coaching Staff of the Year:  Laurel