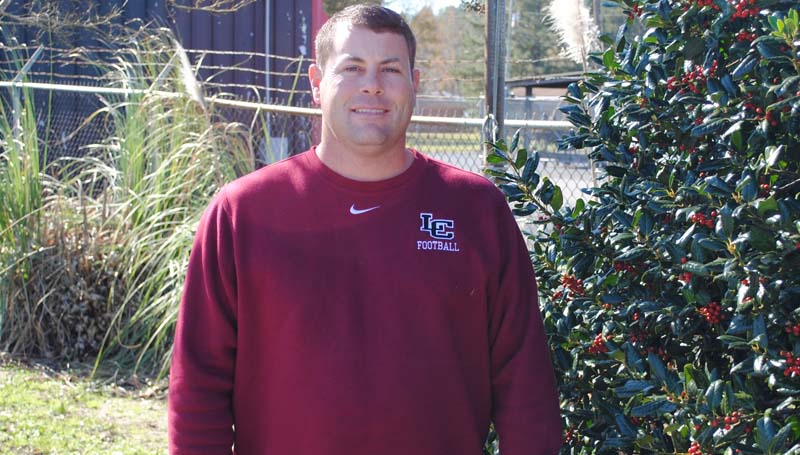 Coach Jaymie Palmer and his Lawrence County Cougars (13-2) experienced a great season in 2015. The Cougars entered into the season with one goal in mind – to make the playoffs after falling short in 2014 due to a tiebreaker.

Lawrence County – hungry for redemption – cruised through the regular season to capture the Region 6-4A crown undefeated and clinched the No. 1 seed in the playoffs with a record of 10-1.

In LCHS’ playoff run, the Cougars crushed Columbia 40-21 in the opening round, defeated East Central 26-20 in double overtime in the second round and beat Vancleave 35-21 on the road in the third round to host its first ever South State championship game in Monticello.

In the South State championship contest, the Cougars fell to the St. Stanislaus Rock-A-Chaws 62-28.

For his accomplishments this season, Palmer has been named The Daily Leader’s All-Area Coach of the Year for 2015.

“We had a great season. God blessed us with no injuries until the last game. We were a plus 27 in turnovers and we had a lot of big games at home. Our kids played with a lot of class and we did not have any discipline problems throughout the season.”

Palmer’s plan for next season is simple: “We want to be a consistent program in the state. We want to have winning seasons and compete for district championships.”

Palmer said the community’s support is one reason his team had a successful season.

“We usually have more people at our away games than the home team,” he said. “Our teachers and student body did a great job supporting our team. I always tell our players that it is easier to get support if you act the right way on and off the field.”

Palmer teaches U.S history, and he is the state testing coordinator. He is married to Lori and they have two kids: Anniston (10) and Carter (8).

Palmer said during his off time from school and coaching, he loves spending time with his family. He also enjoys hunting and fishing.