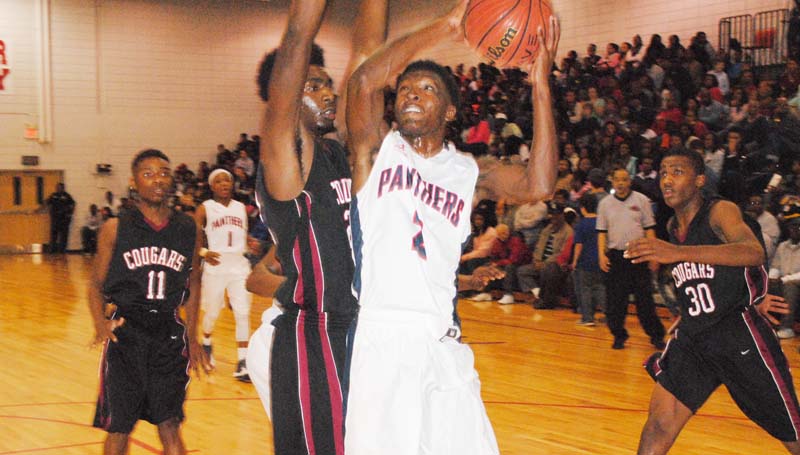 The undefeated Brookhaven Panthers (14-0) kicked off the new year with a hard-fought 54-42 victory over the Lawrence County Cougars Saturday night at Sinclair Gymnasium.

In the girls’ game, the Lawrence County Lady Cougars battled the Lady Panthers in a low-scoring contest and prevailed 38-27.

Brookhaven will resume action Tuesday as the Panthers and Lady Panthers host South Pike for three games. Junior varsity action begins at 5 p.m., followed by the varsity games at 6 and 7:30 p.m.

Lawrence County will return to action Friday as the Cougars and Lady Cougars take on Madison Central. The girls will tip off at 6 p.m., followed by the boys.

The Panthers and Cougars kicked off the year with a thrilling contest – Brookhaven took a 25-20 lead into halftime.

In the third period, the Cougars rallied back with a 13-8 run to tie the game at 33-all before heading into the fourth period.

In the final quarter, Brookhaven managed to find its offensive rhythm and outscored the Cougars 21-9 to clinch the win.

“Playing Lawrence County will always be a tough, physical contest,” said BHS coach Jimmie Butler. “Offensively, we were off tonight, but our defense helped us stay in the game. Overall, I am proud to get the win. It was a great team effort.”

The Panthers had three players to score in double figures as Lazorian McNulty led the pace with 17 points, four rebounds and three steals. Shon Blackwell and Damarius Brooks chipped in 13 points apiece. Blackwell also had six assists and two steals. Garrett Smith netted eight points and had seven rebounds. Darius Bryant was the leader on the boards with eight rebounds and scored two points. Danarius Gray had one point.

“We had our chances to win after rallying back in the third quarter,” said LCHS coach Pat Bridges. “Brookhaven came out in the fourth quarter and hit some big shots to regain the momentum. Overall, I was pleased with the guys’ effort, but we did not finish strong at the end.” 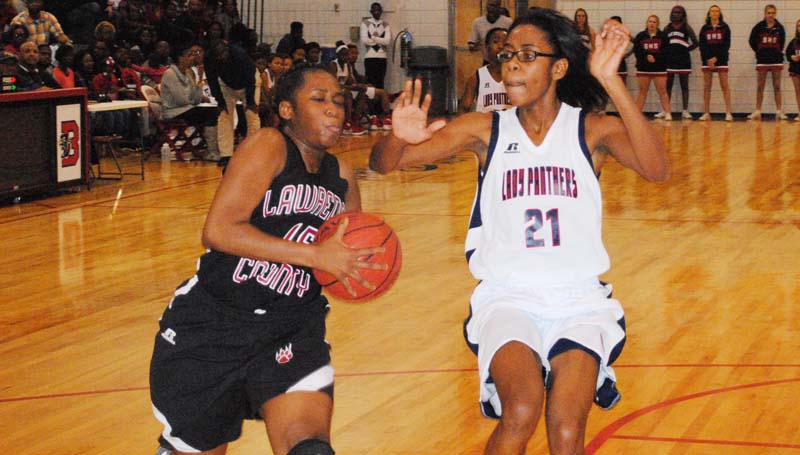 In the second half, Brookhaven outscored Lawrence County 17-15 in the last two periods, but struggled to overcome the Lady Cougars’ lead with a late rally in the fourth.

“I was extremely proud of the girls’ intensity and execution tonight against a very well-coached Brookhaven team,” said LCHS coach Vicki Rutland. “Coach Preston Wilson is doing a great job with his girls. Overall, I was pleased with our girls’ effort. We are playing really well together as a team. Kristen Rhodes and Tyranesha Davis stepped up and played a great game for us tonight. Our bench play is getting stronger.”

“Both teams battled in a tough game,” said BHS coach Preston Wilson. “We had our chances to win the game in the second half, but we could not capitalize on Lawrence County’s mistakes. Overall, I was pleased with our girls’ effort, but we need to regroup and get ready for our next game.” 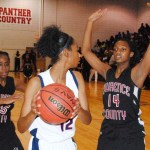 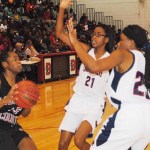 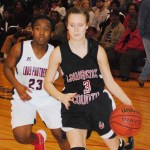 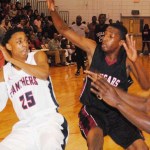 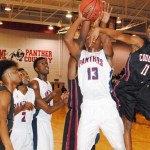 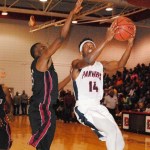 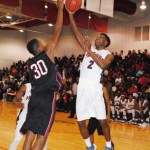