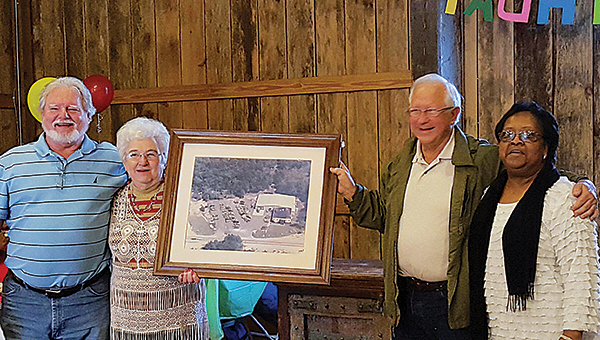 Ed Tinsley, affectionately called Mr. T by his employees, friends and family, was recently surprised for his 72nd birthday with a reunion of former Mr. T’s Apparel employees who worked at for him at the Crystal Springs and Wesson plants from 1978-1996.

Shelly Tinsley, his daughter, wanted to give her dad a special birthday gift, one he would cherish forever, and she did.

In recent months, many former employees of Mr. T’s Apparel had contacted her on Facebook inquiring as to how Mr. T was doing.

“My dad has never stopped talking about his ‘girls’ at Mr. T’s,” Tinsley said.

And the planning began. Party invitations were sent, and everyone was asked to spread the word, resulting in a walk down memory lane of days gone by for all who attended.

Ken Meredith, long-time friend and former plant manager, had not seen Mr. T in 20 years was asked to get him to the party. They had lunch and then drove to Jackson Place where the surprise party turned into a memorable Mr. T’s Apparel Reunion. 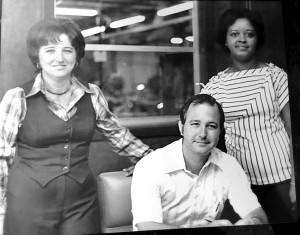 Many employees spoke of the fond memories of their employment at Mr. T’s, and it was said many times “He was the world’s best boss.”

Everyone said they knew they were appreciated and not just an employee because Mr. T always called them by their name with a smile on his face. The feeling of family was demonstrated by Halloween costume contests, fish fries and each year a wonderful Christmas party with drawings for prizes, and everyone going home with a Christmas turkey or ham. He tried to make every day special while promoting teamwork, friendship and respect.

Sean, Lena, Sarah (granddaughter), Shelly and LaWanda Tinsley (wife) expressed thanks to the many former employees who helped to make the surprise birthday a success.

Mr. T was given a large aerial picture of the building by Bonnie Chance, a former supervisor.