Powerball not likely to come to Mississippi

Will the record $1.5 billion Powerball lottery that drove thousands to buy tickets in nearby Louisiana and Tennessee be enough to convince Mississippi legislators to legalize lotteries here?

If history is any indication, the answer is no.

Mississippi is one of a handful of states that bans lotteries. Alabama does, largely because of religious objections. Nevada does as well, but largely to protect its casino industry. Hawaii, Utah and Alaska are also non-lottery states.

It once seemed Mississippi was close to starting a lottery. In 1992, 53 percent of Mississippi voters chose to remove a state constitutional prohibition on lotteries. Then momentum stalled and lotteries remain prohibited under state law, with a penalty of five years in prison for anyone who operates one, according to The Associated Press.

Most who oppose lotteries here cite religious reasons, but protecting the state’s casinos surely factors in as well.

State Rep. Alyce Clarke, D-Jackson, has long sponsored a bill supporting a lottery. She said Mississippi could use the money to subsidize college attendance, as many states do, or to provide money for road and bridge repairs.

Clarke said she hoped this week’s huge Powerball jackpot might reopen the conversation, The AP reported.

“They’re loading up and going to Tennessee and Louisiana,” Clarke said of Mississippians seeking a ticket for the $1.5 billion prize.

In a state where legislators are also church leaders and deacons, lotteries may never happen. It’s just too unpopular of a vote with constituents back home. Some legislators would likely find it difficult to show up for church Sunday morning after casting a vote in favor of gambling.

But the state already allows gambling and has 31 private and tribal casinos.

So the state’s approach is that gambling may be harmful, but it’s acceptable if enough jobs are created? The good of employment outweighs the bad of gambling? We’re not convinced that’s the best way to approach the issue.

Mississippi is a state of contradictions, and this is another one we’ll have to live with for the foreseeable future. 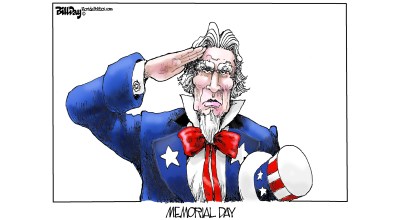