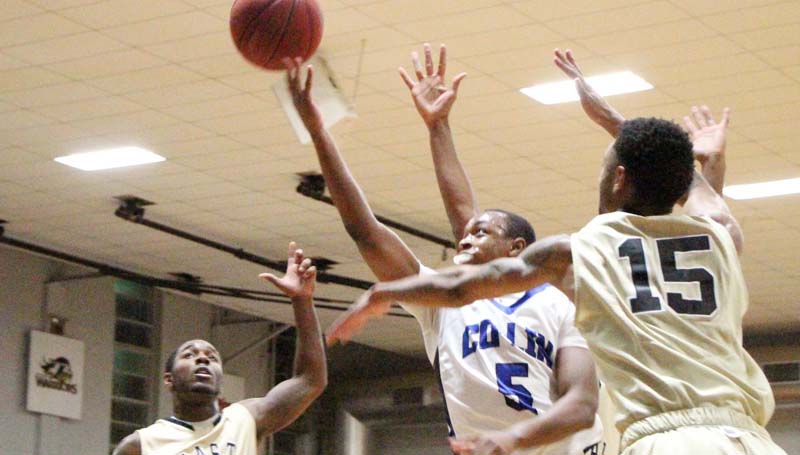 WESSON – A late game run by the East Central Warriors secured a 70-65 victory over Co-Lin in a thrilling game Thursday night.

The Co-Lin Wolves (2-11, 0-4) will take the floor again Tuesday in Summit as the play the Bears of Southwest.

The Wolves controlled the majority of the very physical contest, but were unable to come away with a win. With just less than six minutes left in the contest Co-Lin held its largest lead of the game 61-51. The Wolves would not find the basket again until under the two-minute mark. The scoring drought from the Wolves spurred from missed shots and several offensive turnovers.

“We should not have lost this game,” said Co-Lin head coach Kenny Bizot. “We have got to find a way to win games like this. We need to regroup and figure out our personnel.”